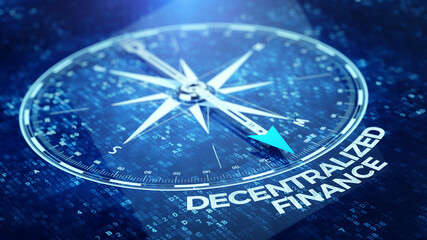 Universal Market Access (UMA) protocol is described as an open-source infrastructure that enables decentralized finance (DeFi) developers to set up and develop their synthetic tokens and derivatives within the Ethereum network that can keep track of all asset prices.

The DeFi boom has resulted in the value of the frozen assets exceeding $9 billion. Most of these projects break the rules of traditional finance and implement technologies that were impossible in the past. One of these types of projects that is worth some attention is Universal Market Access (UMA).

UMA is decentralized finance open-source protocol that was developed by Risk Lab. It is also a platform that operates with Ethereum-based financial contracts majorly supports the development of synthetic assets in the Ethereum network. The synthetic assets are a mix of crypto-based assets.

Universal Market Access offers an open-source infrastructure that enables DeFi developers to set up their synthetic derivatives and tokens in the Ethereum network that can keep track of all asset prices. All financial contracts on Ethereum are summarized in two aspects which include an Oracle service and synthetic assets creation.

The primary focus of the UMA protocol is on creating an open-source infrastructure for the developers and creating ‘priceless’ derivatives on the Ethereum network. There is a need for an on-chain price feed but it is low since the financial contracts bring in secured and boosted collateralization for counterparties. 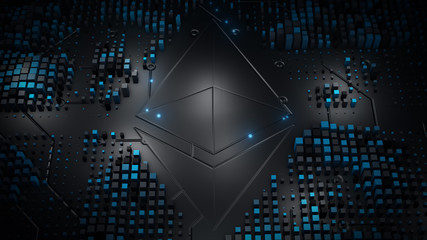 Each time a user identifies an incorrectly collateralized position via a liquidation and dispute process, the contracts can also determine them by relying on the “Data Verification Mechanism” which has been highlighted above. Also, counterparties get rewards whenever they spot improper positions.

Oracles only work where there is a liquidation dispute. A position that is ‘properly collateralized’ when it is solvent (unless it is liquidated).

UMA appeared mainly whenever two traders met on the Goldman Sachs trading floor; Hart Lambur and Allison Lu. Both of them are computer scientists who have great experience of many years. They decided to work together in 2008 on the Goldman Sachs trading floor. In 2017, Lu and Lambur started exploring different ideas for blockchain-based solutions to issues within traditional financial services and products.

After doing some extensive research, they realized that blockchain-based financial contracts could help people throughout the world attain Universal Market Access – similar to the way HTTP enables information to move across borders. Since that time, the full-time team, and the community, have continued to expand.

What Is UMA Token?

The UMA token is the native asset of the protocol that keeps the oracle functioning and also powers it by offering developers governance and price requests. This protocol also enables UMA holders to decide what type of contracts can access the platform, which assets can be supported, and also select the critical parameters and future upgrades of the system.

Furthermore, the token holders are allowed to address price requests via the Data Verification Mechanism whenever counterparties are disputing a contract. The methodology mitigates on-chain price requests but never eliminates them.

UMA holders can further earn rewards by voting whenever a user submits a price request from financial contracts. By so doing, they contribute to price information to the DVM and attract more participation in the protocol’s governance.

Around 0.05% of the entire network supply is distributed as an inflationary reward within the staking pools for the voters. This system will penalize voters that do not participate and become inactive for a given duration. Additionally, the value of UMA grows as the total value of locked UMAs also grows.

Even though the distribution mechanism may be subjected to various changes, the current plan is as follows:

This platform is designed to outline proposals and plans for the community in the future enabling them to determine what mechanism may work best.

Risky Labs has committed to deposit up to 2 million UMA tokens for the traders in one of the Uniswap liquidity pools on April 29. Furthermore, the firm will deposit around $535,000 worth of ETH into another liquidity pool. 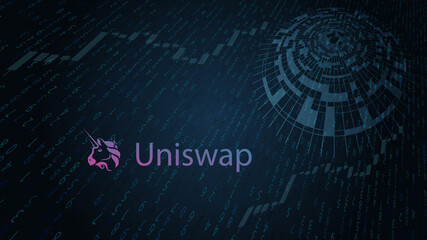 Benefits And Shortcomings Of UMA Protocol

The key advantage associated with the UMA protocol is the constant innovation that makes up the network. In February, Risky Labs unveiled the introduction of KPI Options, which is an incentive to grow communities in decentralized finance platforms. Mostly, KPI options are mainly synthetic tokens that come with an expiration date. In case the KPI grows to a particular target, the assets pay higher rewards to the users.

Hence, the KPI options are designed to work as an incentive to grow communities since the asset will become more valuable as time passes. Interestingly, the assets are scheduled to come together with an airdrop of $2 million worth of UMA tokens. Airdrop is a free distribution of cryptos, tokens, and coins.

The dominant idea is to unite the whole network by aligning the interests of token owners and the community. One of the major targets of the KPI options is to surpass a  Total Value Locked (TVL) of $2 billion by June 30 through airdropping options that are worth around $20 per UMA.

Additionally, UMA tokens are easy to store. Above all, unlike the rest of DeFi protocols, UMA delivers an incentive to unite the entire community and enables it to develop a better system.

For the protocol’s cons, the major of them is that just 2% of the supply is available for trading. Besides, some of the users have criticized the project for Uniswap’s participants, terming it as unfair.