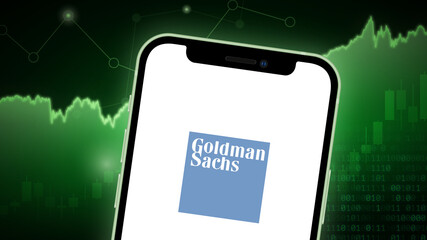 The United States banking giant Goldman Sachs recently announced that it would restart its crypto trading desk. That move has allegedly resulted in an increased demand for digital assets among its client base.

In a Reuters report, it is highlighted that Goldman Sachs chief operating officer (COO) John Waldron said the bank is exploring ways to meet growing demand from customers seeking to invest in bitcoin. The COO said that Goldman Sachs would “continue to evaluate” and “engage on” cryptocurrency for its clients.

The global head of digital assets for Goldman Sachs’ global markets division, Matt McDermott, also said on March 5 that about 40% of Goldman investors have some level of exposure to crypto markets. Goldman is also exploring the best way to launch a Bitcoin exchange-traded fund (ETF), along with more ways to custody digital currencies and assets.

Waldron said that the current pandemic has been a considerable accelerant for online purchases and might cause an explosion in digital currency payments. Some of the participants in the crypto industry are looking forward to Goldman’s reentrance as a bearish indicator for bitcoin.

The investment management company created its crypto trading desk at the height of the 2017 bull run, after which time the bitcoin price plunged extensively. However, many now say that the crypto market that Goldman Sachs faces in 2021 is quite different from what it was about four years ago.

Us old-timers have learned that whenever @GoldmanSachs enters a market niche it is time to guard your money. $BTC pic.twitter.com/tHfRkS4igb

Major brands and companies have now adopted bitcoin as a reserve asset. The regulatory environment in the U.S. may also potentially be more favorable to cryptocurrency under the Biden administration. On March 10, the U.S. Senate Banking Committee voted in favor of pro-crypto candidate Gary Gensler. Gensler now becomes the new chair of the Securities and Exchange Commission.