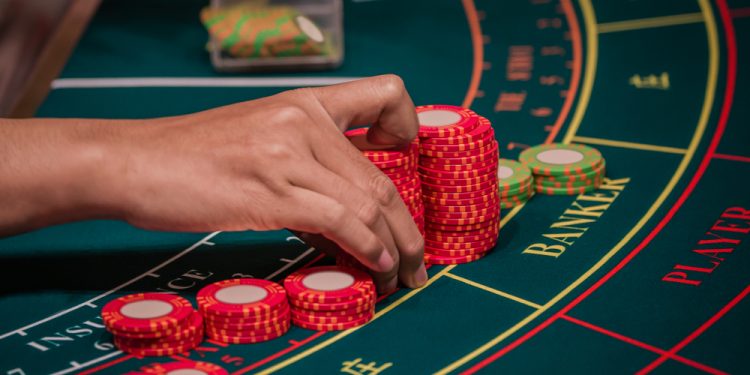 Meet Baruto Kaito, esteemed partner of Bitcasino.io
Have you ever been curious about who’s the man in Bombay Club Baruto Baccarat and GanBaruto Battle from OneTouch, one of the exclusive games in Bitcasino.io? He is none other than Baruto Kaito, a renowned former sumo wrestler and actor in Japan.

His birth name is Kaido Höövelson, born in 5 November 1984 and is now residing in his home country of Estonia as a politician. The name Baruto Kaito was given to him when he was in Japan as a judo martial artist and a prominent sumo wrestler. He is also primarily addressed as ‘Baruto’ even as he left the Land of the Rising Sun for most international contents referring to him as it is an identity he loved.

The partnership between Baruto and Bitcasino is a great honor for the leading Bitcoin gambling site. After all, they are represented by a global ambassador with the following credentials:

Baruto Kaito, the sumo wrestler
Baruto Kaito is most popular for his career in the sumo wrestling field, one of the highest forms of martial arts in Japan. He debuted in the Mihogaseki stable in 2004. In 2006, he moved to the Onoe stable in the same year it was established. He remained there until he eventually retired in September 2013.

He remains as one of the most notable members of the Onoe stable as a former Ozeki, champion rank in Sumo. Baruto Kaito has won 7 championships in his career, three of which are  from the Jüryō division where he is seen as a record-holder in Sumo history. In 2013, he decided to retire after having to endure various injuries.

Acting career in Japan
Despite his departure from sumo, he is still a huge celebrity in Japan. He tried many other careers from charities to business ventures. In December 2017, he was casted to play the role of Mike Flanagan in a 3-episode live-action adaptation of My Brother’s Husband. It’s a critically-acclaimed short story written by Tagame Gengoroh. The program aired on NHK’s BS Premium in March 2018.

Airing in the same year, Baruto Kaito also played Yutaka Raizanmaru, a supporting role in Majimuri Gakuen. It’s a 10-episode action series that aired between July to September 2018. Although it was short, it was also highly praised by viewers. Mr Kaito has also participated in amateur sumo tournaments at the same time but eventually departed for Estonia in September that year.

Career as a politician in the Estonian Parliament
Now known by his birth name, Kaido Höövelson came home and joined the Estonian Parliament as a public official. He applied for the 2019 election representing the Estonian Center Party in Harju and Rapla counties. He was then elected as Riigikogu where he helped promote economic relations between Estonia and Japan.

Baruto Kaito as brand ambassador for Bitcasino
Bitcasino is the leading crypto gambling site which mostly operated within Europe. It has expanded for a worldwide market and Japan became among its major markets. The partnership between Mr Baruto and Bitcasino in 2018 aims to promote crypto gaming to the Japanese-speaking population.

This venture comes with the creation of the popular Bombay Club Baruto Baccarat and GanBaruto Battle inspired by the legendary Estonian sumo champion. Try them out at Bitcasino.