Middle-Eastern giant airline Emirates is renowned for operating the biggest Airbus A380 fleet in the world. On top of it, it has two variants of the Boeing 777, including the world’s biggest 777-300ER fleet. Going forward, this trend seems like it will continue with the next generation of Boeing 777X. Currently, the UAE’s flag carrier has by far the biggest number of these planes on order.

Nevertheless, Emirates President Tim Clark has said that it remains unsure and in the dark as far as the delivery of the aircraft is concerned. Emirates has already established itself as a major operator of the Boeing 777. In the coming years, it might supplement its fleet with the world’s biggest delivery of 777X aircraft.

But, it still represents a considerable commitment to the biggest and most-efficient twinjet airliner globally. Its current tally of 115 777X aircraft is double as many as Qatar Airways which has 60 of the type on order. Nevertheless, it is now taking longer than anticipated for the luxurious Dubai-based carrier to get these aircraft into operation.

The current COVID-19 pandemic has slowed the development of the Boeing 777X program. Earlier in 2021, reports emerged that Emirates was not expecting deliveries of this aircraft until 2022. Notably, this is not the first time that the airline’s 777X launch has been suspended, as its President, Sir Tim Clark explained extensively in a recent interview with Bloomberg.

When he was asked about a possible delivery date for Emirates’ 115 Boeing 777X aircraft, Clark acknowledged that he had no idea when the delivery will happen. He quickly added that it was a question of when Boeing will deliver them, as opposed to when Emirates will take delivery.

The launch of these planes had been scheduled for June 2021. Since then, it has been pushed to 2021 and then to 2022. Emirates will benefit from factors like an innovative wing design on its delayed order of Boeing 777X aircraft.

Uncertainty Heading Into The Future

But, 2022 might also prove to be an unlikely delivery target. Clark is still optimistic on matters regarding Emirates’ future operations, saying that he does eventually anticipate to see its network and fleet operating to the same extent as it was before the pandemic.

Nevertheless, keen as the airline may be to recover and move forward with modernization and growth of its fleet, some of the factors are beyond its control. Clark said that the delayed certification process for the 777X planes’ engines and airframe will eventually define when it can be delivered into the market.

The CEO said that he does not intend to make any more changes to Emirates’ huge 777X order. In the Bloomberg interview, he acknowledged that he is quite keen and eager to see the airline fulfill its contract with Boeing. He ended the interview by saying:

“Emirates would take our chances when, and if, [the 777X] gets to us in the next couple of years, or three.”

Evidently, the pandemic has made for increased uncertainty across the airline sector in general. It might be frustrating but it is understandable that in the current conditions aircraft orders cannot get delivered on schedule.

This record-breaking 777X order by Emirates represents a significant commitment to the future of long-haul air travel. When they finally get delivered, these new aircraft will prove to be worth the wait. 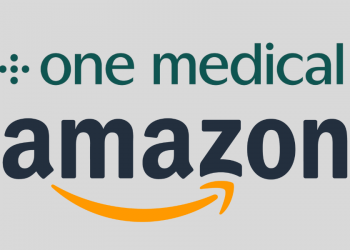 Amazon Acquires One Medical For $3.5B In Slow Entry Into U.S. Healthcare 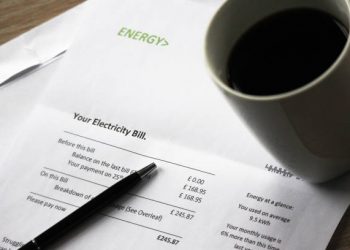 Energy Price Cap In Britain Could Extend To About £3,000 This Autumn