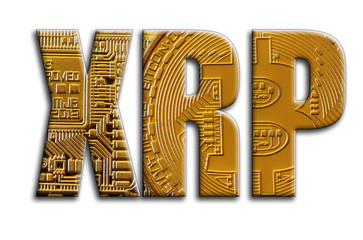 Charles Lee, an economic and financial analyst said that XRP can do better as a potential reserve currency when it is backed by gold and not the US dollar. XRP is the third-biggest cryptocurrency by market capitalization.

Backing XRP with gold makes perfect sense. What is XRP worth when not measured in USD? but USD changes in value. Once XRP is measured in gold oz, this measurement means stability.

Lee came up with this opinion after a recent statement by Mark Carney, the Bank of England governor, to replace the dollar with a central bank-supported virtual asset. He thinks that since Carney rejected the top two digital assets, Ehereum and Bitcoin, then Ripple’s XRP should come next in line.

Currently, he is suggesting how he thinks the XRP token can fit in as the worldwide hedge currency.

Some of these factors include the country’s debt level, the central bank’s interest rate, and the country’s economic strength. If all these factors are strong, then the value of the currency rises. Thus, the value of the US dollar is majorly determined by everything that happens in the foreign exchange market since the dollar is compared with all other currencies of the world.

The value of the dollar is always in agreement with the demand for treasury notes. Notably, the United States Department of the Treasury sells these notes for a fixed rate and face value. Japan and China are currently the biggest holders of US dollars. Therefore, any issue that affects this connection will result in a major dollar crash. That, in turn, will affect all other currencies that are backed with the dollar.

According to Mr. Lee, gold is a better option to back XRP since it rarely fluctuates in value. That means the stability and worth of gold can boost the current XRP value. Currently, there are almost $7 trillion of gold worldwide and all the XRP is a mere 100 billion.

Hence, if XRP is backed by gold, its value can surge to $70 each which will provide a great start for the token to thrive. Backing the XRP token with gold can also reduce volatility because the price will not be fluctuating all the time.