Why Does IOTA, Nano, and Obyte Use a DAG-based Framework? 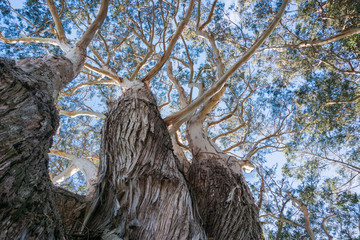 The DAG-based framework can lead the way to the development of Blockchain 3.0. DAG in full means ‘Directed Acyclic Graph’. Just like the name suggests, this system does not look like a chain but resembles a graph. So, experts and analysts think that there is a possibility for the DAG model to replace blockchain due to its more effective structure for storing data and simultaneously processing transactions online.

Many will ask: what is the DAG model trying to address? The answer is that it is targeting decentralization and scale. These issues are the two most discussed pain points hovering around the existing blockchain technology.

It is evident that the DAG model follows no blockchain structure. Thus, instead of storing data in blocks, its framework uses individual and group of nodes that can be developed simultaneously.

On the original Ethereum platform or Bitcoin blockchain, miners can never develop more than a block at a time. Therefore, new transactions cannot be validated until the previous transaction is completed. In the case of the DAG model, blocks are eliminated enabling transactions to be directly added to the blockchain.

With the absence of blocks, it means that there is no need for mining. Hence, less power is needed to support this network. Just like a tree structure, the DAG model is highly efficient in data storage. More transactions can be validated simultaneously. The nodes in the model are interlinked like the branches of a tree.

Any node can have multiple parent roots. Therefore, users do not need to wait for a transaction to be completed to start processing a new one. Various developers believe that the DAG model can enhance the usability of a network by making it more scalable. The reason is that with more nodes developed concurrently, transactions are processed faster than on blockchains using the PoS or PoW consensus.

The consensus algorithms can also change with the introduction of a different method of validating nodes. Moreover, miners do not have to compete aggressively to add the next block in the chain. That means that the DAG model has the capacity to solve the issue of decentralization. A network powered by a DAG-based framework can also benefit from enhanced security features.

Currently, DAG implementations are relatively new. But, the crypto ecosystem has seen many projects using this framework successfully. Among these projects, the most famous are Nano, IOTA, and Obyte.

Back in 2016, IOTA came among the first start-ups that successfully implemented the ‘blockless blockchain.’ It uses an interconnected network of nodes and groups of nodes (tangles) that speed up the validation process. All users become miners on IOTA since they need to verify only two transactions themselves to validate a transaction.

Everyone participates in executing consensus and also contributes a small amount of power to maintain the network. In this way, the network gets a high level of decentralization while enabling scalability. IOTA means ‘Internet of Things Applications.’ It strives to offer instantaneous transactions with zero fees for the users. That is a cost-effective solution for micro-payments with cryptos.

Nano is another recognizable cryptocurrency and platform that works excellently on the DAG ecosystem. It features a network of independent blockchains well-connected through nodes. The underlying technology is called block-lattice. It comprises of a mixture of the traditional blockchain and the DAG-based framework.

In Nano cryptocurrency, each user who owns an individual wallet gets a blockchain. Moreover, the wallet owner is the only one who can operate changes on the given blockchain. Both the sender and the receiver must perform an operation on the blockchain to complete a transaction.

It is known that Nano users mainly like the high speeds of transactions and zero transaction fees.

That consensus algorithm relies on witnesses who are recognized and reputable. These reputable users have the role of validators. The platform supports untraceable transactions and unreachable contracts.

The DAG model can become Blockchain 3.0 after the Bitcoin and Ethereum revolutions. Nevertheless, the new framework is still in its infancy. There is much to discover with regards to the potential of this new technology.

The DAG system enhances scalability. But users must be aware that the new technology has downsides for the small networks that are more exposed and vulnerable to attacks. Until the DAG systems are proven and tested, the traditional blockchains remain highly popular in spite of their scalability issues.