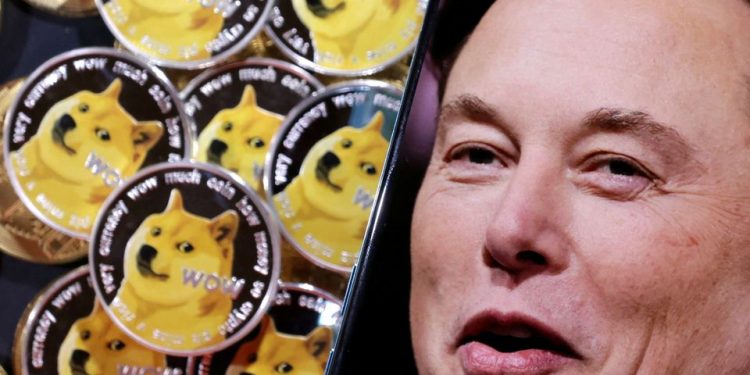 Twitter’s new Chief Twit Elon Musk seems to have continued the Twitter Purge by locking out each of the remaining Twitter staff from their offices until further notice. The move comes after Mr. Musk’s Thursday ultimatum, which now gives the current staff of the micro-blogging platforms two options: either they just quit their job or succumb to “long hours at high intensity”.

Undoubtedly, the drastic move by Elon ‘The Dogefather’ Musk received massive backlash from the Twitter community. Ironically, that sent Twitter’s usage to previously unseen levels and the world’s richest man took that opportunity to brag about it, only to be followed by a tirade of memes.

Nevertheless, because of the contagion spread by FTX and massive layoffs in his in-house playground, Elon Musk had to stop his Twitter crypto wallet idea for a while.

For now, as talks on the Dogecoin (DOGE) integrated Twitter Crypto wallet is slowly coming back, the social mentions of $DOGE on Twitter are rising to levels that have not been seen since 2021. This is also partially due to the DOGE developer team, who were working on a ‘MyDoge Wallet’ browser extension for Chrome.

With that add-on, crypto enthusiasts and members of the DOGE Army would manage to tip any website directly.

.@MyDogeOfficial is building a browser extension with which you will be able to send dogecoin tips directly to a website. pic.twitter.com/OLtcMJl7vy

At the time of publication, the 8th-ranked top meme coin DOGE is trading at $0.085647, which marks a 2.5% gain in the last 24 hours, according to CoinGecko data. While the past two weeks have been hard for DOGE, with 30% in the red, the token still enjoys a healthy 42.9% monthly gain due to Elon Musk’s Twitter takeover.

Furthermore, crypto enthusiasts are now gathering in Australia for the DOGEathon Hackathon, where an individual can easily buy a cup of coffee using DOGE. With a huge community and top talented developers ready to contribute, DOGE has a bright future ahead, mostly of Musk’s promise to challenge the world’s financial infrastructure using DOGE becomes a reality.

This is why we BUIDL #dogecoin https://t.co/HrHWLEszQN