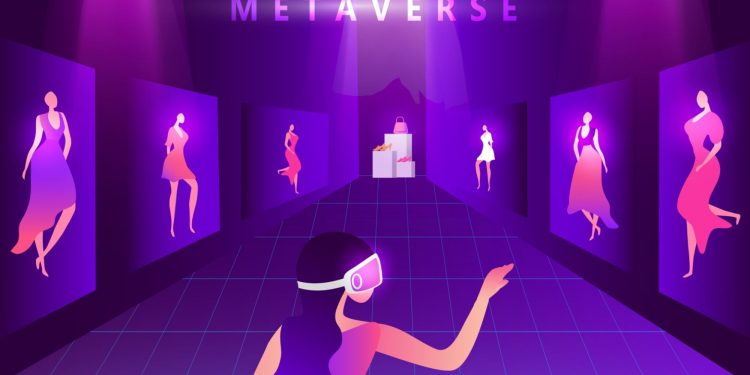 Vogue Singapore together with other fashion platforms is currently developing Web3 communities for users. But, will this concept catch on?

The latest report from technology research and advisory company Technavio projects that the metaverse will reach a market share of $50.37 billion by the end of 2026. Thus, it is not surprising that the trillion-dollar fashion sector has started taking a massive interest in the Metaverse.

While a majority of luxury labels and brands remain focused on developing nonfungible tokens (NFTs) to represent physical items, several projects have begun introducing their communities into the metaverse.

Damodaran highlighted that the platform enables its community to interact with different kinds of imagery and content. She stated:

Damodaran mentioned that Vogue’s metaverse is powered by Spatial.io, a metaverse platform that specializes in 3D spaces. The virtual space has also been designed by Polycount.io, an agency that focuses on NFTs.

The head of marketing at Spatial, Gianna Valintina, said that Vogue Singapore’s Metaverse is accessible through mobile devices, desktops, and all virtual reality (VR) devices. She said that the users who enter the New World can create a custom avatar that can then be dressed in two Vogue-exclusive wearable creations by Yimeng Yu, a fashion designer.

Damodaran also noted that users can readily interact directly with Vogue Singapore’s September cover while reading different pieces of content linked to these images. While Vogue Singapore’s New World supports a more engaging way for the users to view and read content, Valintina insisted that this also enables communities and brands to create better experiences.

Notably, Damodaran said that the Metaverse offers to provide an opportunity to grow its reach to other market sections while showcasing craftsmanship and creativity. She stated:

“For Vogue, that means connecting the fashion community and introducing them to Web3 and vice-versa while still creating avenues of engagement that are relevant on digital platforms.”

Although the concept is relatively new, it resonated quite well with Yu, who developed the two digital couture designs for the platform. Yu also stated that the development of digital technology and the rapid growth of online life in the post-epidemic era has created new opportunities for the fashion sector. She added:

While commenting on new opportunities, Steven Kold, CEO of The Council of Fashion Designers of America (CFDA) – which is a non-profit trade association launched in 1962 featuring American fashion designers – said that to enhance the impact of American fashion worldwide, the CFDA decided to launch an exhibition within the Metaverse:

“As we were mulling ways to mark our 60th anniversary, we decided it had to be future-facing, and an exhibition in the Metaverse was a perfect way to honor our past with an eye to what’s next.”

Similar to Vogue Singapore, Kold said that he hopes the CFDA’s entry into the metaverse will reach new users and audiences while sparking an interest in American fashion and designers:

“Because it’s in the Metaverse, individuals don’t need to travel to see the exhibition, but can enjoy it from the comfort of their own home.”

Kold also shared that the CFDA’s entry into Web3 will be marked with a curated retrospective of the past 60 years of American fashion, together with a collection of commemorative NFTs for auction to benefit the CFDA Foundation. This exhibition is expected to launch in December 2022 in The Sandbox.

While that demonstrates the CFDA’s first entry into Web3, Kold pointed out that the organization is not yet launching any formal platform. Even though Vogue Singapore’s Metaverse project is anticipated to evolve (with a new phase scheduled to launch in October 2022), Kold explained that CFDA’s metaverse exhibition is a “test and learn” opportunity for the organization.

“The CFDA will start building its Web3 community while it onboards its current Web2 base. This will help us slowly build toward a larger Metaverse community and experience for American fashion.”

Nonetheless, Akbar Hamid, the founder and CEO of 5Crypto (the creative consultation firm behind CFDA’s project) said that bringing the CFDA’s community together within the metaverse is a first for fashion. He added:

“This is a great way to raise awareness and interest for fashion amongst the Gen Z audience while bringing an older audience into the Metaverse. This is also an opportunity to engage Metaverse creators to work alongside iconic fashion designers and curators to reimagine visionary style and design in a voxelized environment.”

Will Fashion Communities Join And Interact In The Metaverse?

Although it seems encouraging fashion-focused communities to engage in the Metaverse is the next step for various projects, it is still unclear how the targeted users will react. For instance, while Vogue Singapore’s New World is innovative, the concept might not instantly resonate with the publisher’s audience.

Metaverse lead for Polygon Studios, Brian Trunzo, said that while brands and companies on the metaverse appear to have a deeper connection with their clients, media publications are still striving to better understand the new technology:

“Media is still trying to figure out how to use Web3 tools to engage an audience and convert them from consumers into community members or, in the best instance, super fans. Even those who succeeded at this in Web2 are finding it difficult as converting one from Instagram to a DAO [decentralized autonomous organization] member or NFT holder is no easy task.”

Nonetheless, the co-founder and chief product officer of Spatial, Jinha Lee, insisted that barely a week after launching New World, users collectively spent more than four million minutes on the platform. He mentioned:

“Seeing this demonstrates that a large majority of people have been enjoying the space during Vogue Singapore’s launch.”

While the statistic is notable and impressive, the co-founder of Boson Protocol, Justin Banon, said that as with any budding technology, there is a period where the users visit the platform to explore instead of with a fervent desire to do anything else.

Although adoption might be slow, Banon thinks that projects like this one being initiated by Vogue Singapore will eventually affect the whole fashion and media industry:

“When we ask whether more fashion magazines will want to enter the Metaverse moving forward, I believe the only conclusion to come to is yes. It’s a new space, brimming with innovation and authenticity, concepts that the world of fashion has prided itself on since its inception, so the Metaverse is the next logical step forward.

I don’t believe that there will be a single fashion magazine that won’t have adopted Web3 and the metaverse in some shape or form in the future.”