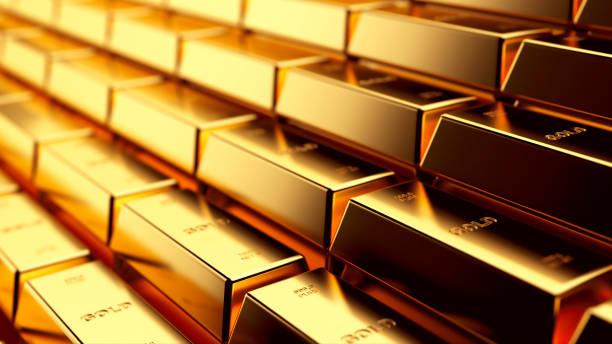 In that context, the US dollar index and shorter-dated US Treasury yields rose on Thursday after Federal Reserve Chair Jerome Powell’s comments that the United States central bank was “strongly committed” to controlling inflation. 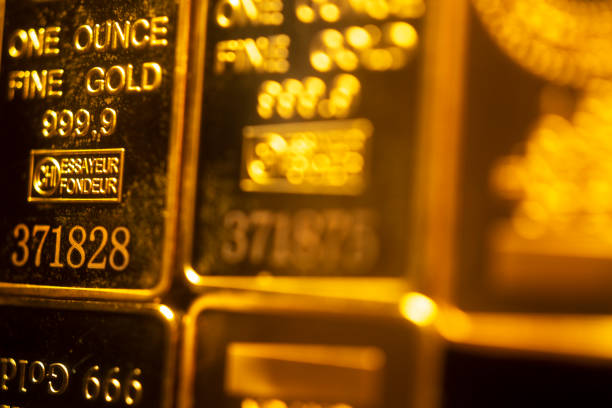 In the meantime, US stocks have struggled considerably for direction as investors digested hawkish remarks delivered by Powell and other policymakers that are currently underpinning the sentiment for a big interest rate hike later in September.

Looking at more recent trade, Chicago Fed President Charles Evans agreed with his fellow policymakers in stating that reining in inflation is priority job. But, he added that he would prefer to increase rates and hold for some time, instead of raising too far and then having to cut.

”Over the last multiple decades, gold prices have tended to outperform in the earlier stages of a hiking cycle, but have displayed a systematic underperformance when markets expect the real level of the Fed funds rate to rise above the neutral rate. In turn, ‘while gold prices may now have accurately captured the expected level of interest rates, they are not reflecting the implications of a sustained period of restrictive policy.”

That leaves the focus on the downside for gold, as most analysts have been insisting and suggesting to ”fade the technical rebound in gold prices.”

”While gold prices are flirting with a break of a multi-decade uptrend near $1675/oz, the stars are aligning for additional downside in precious metals to ensue. Rates markets appear to be nearing a fair pricing for Fed funds, but gold’s price action is still not consistent with its historical performance when hiking cycles enter into a restrictive rates regime.”

”At the same time, the margin of safety against a short squeeze continues to grow, increasing odds that we can break through this critical support.”

In the meantime, while adding insult to injury, US data indicated that the number of Americans filing new unemployment claims benefits dropped in the past week to a 3-month low. This indicates a huge labour market even in the wake of higher levels of interest rates.

Investors will be waiting for the critical last-minute US August inflation report that will be published next week ahead of the Fed meeting that will provide some final important information that might provide some new clues on whether the Fed will have to raise by 75 or 50 basis points at the next policy meeting scheduled for Sept. 20-21. 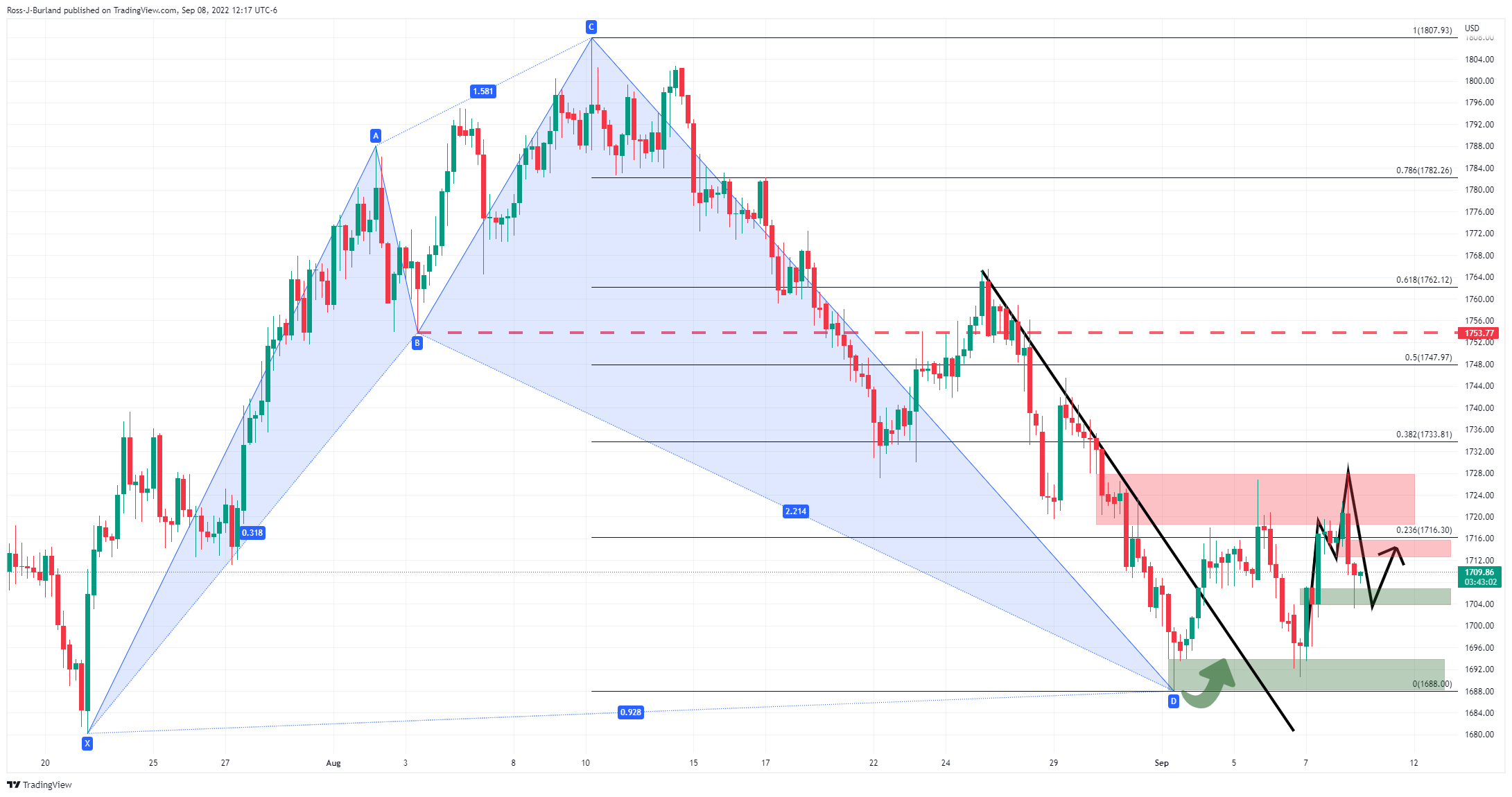 Looking at the 40-hour chart, the harmonic pattern is playing out with the price correcting higher from the C-D lows. Nevertheless, as the market charts show, the bulls seem to be making hard work out of it.

The price of the precious metal has stalled ahead of a 38.2% Fibonacci retracement level based on two levels of rising. The third attempt might be more successful and a break of 1,730 may be significant. Notably, the M-formation is a reversion pattern, hence the next attempt might be imminent.