Powell Sees Pain Ahead As Fed Strives To Resolve Inflation 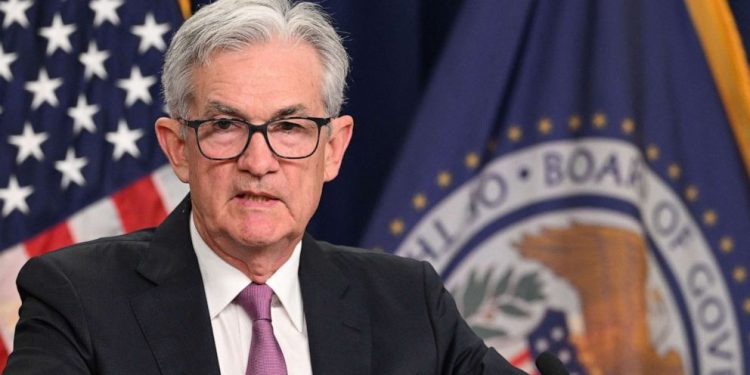 Americans are going towards a painful period of weak economic growth and probably increasing joblessness as the Federal Reserve hikes interest rates to fight soaring inflation, U.S. central bank Chief Jerome Powell warned on Friday in his bluntest language yet about what is forthcoming for the world’s biggest economy.

In a speech starting the Jackson Hole central banking conference in Wyoming, Powell said the Fed will hike rates as high as required to curb growth, and would maintain them there “for some time” to tame inflation that is running at more than triple the Fed’s 2% goal. 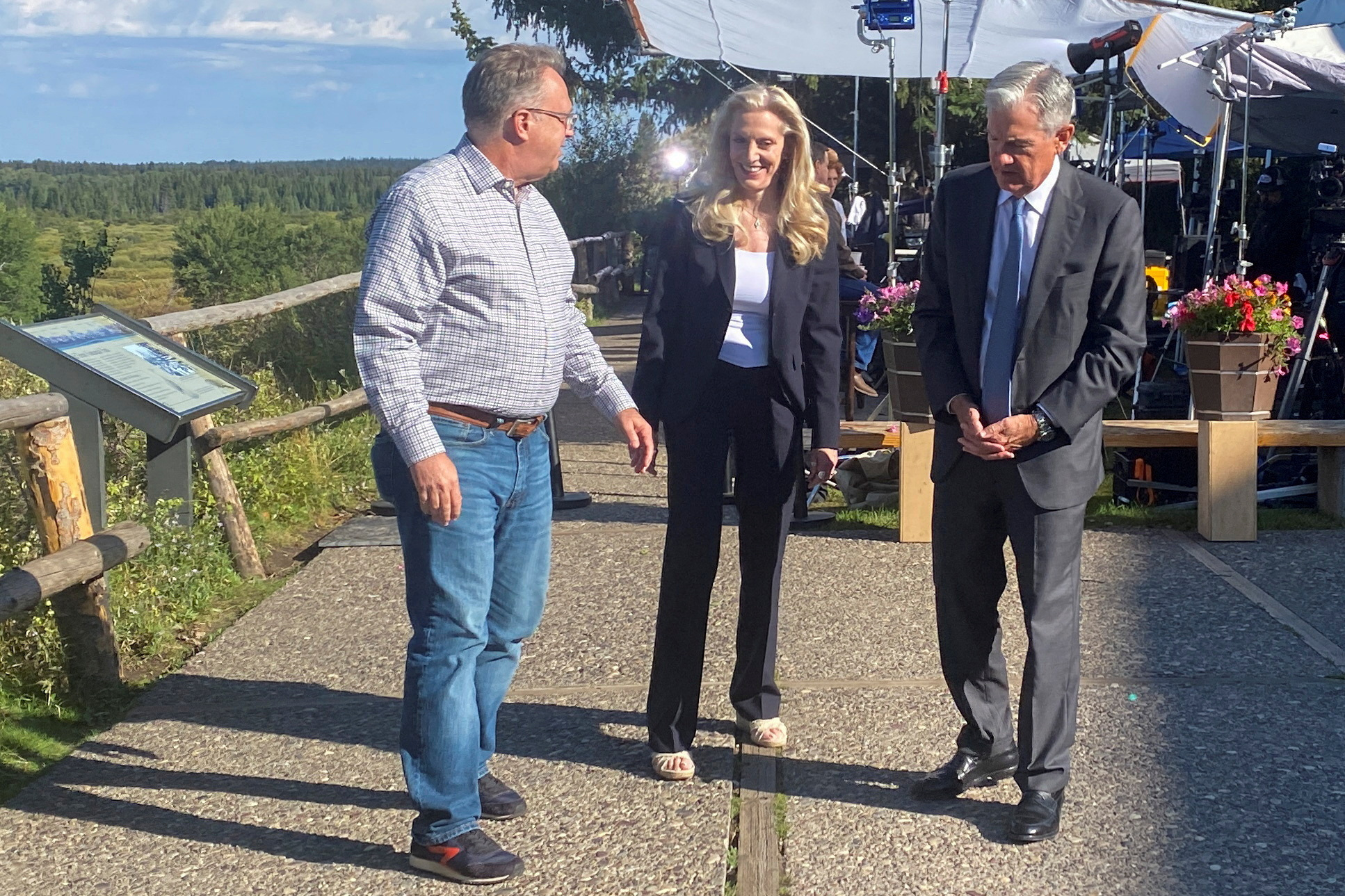 “Reducing inflation is likely to require a sustained period of below-trend growth. While higher interest rates, slower growth, and softer labor market conditions will bring down inflation, they will also bring some pain to households and businesses. These are the unfortunate costs of reducing inflation. But a failure to restore price stability would mean far greater pain.”

As that pain escalates, Powell said, people should not wait for the Fed to shift its monetary policy quickly until the inflation problem is solved.

“I thought the message was strong and right,” Cleveland Fed President Loretta Mester said in an interview with Bloomberg TV after the speech. “I think we’re going to have to move (short-term interest rates) up … above 4% and probably need to hold them there next year.”

Indeed, Powell’s remarks summarized the serious challenge facing not just Fed policymakers but also many of the other dozens of central bankers from abroad at Jackson Hole who are desperately trying to curb the worst outbreak of inflation in forty years or more.

Several investors expect the Fed will serve if unemployment increases too fast, with some even forecasting interest rate cuts in 2023.

To the contrary, Powell and other policymakers are indicating that even a recession would not budge them if inflation is not effectively heading towards the Fed’s target. Powell gave no sign on Friday of how high rates might be hiked before the Fed stops, only that they will go as high as necessary.

“The historical record cautions strongly against prematurely loosening policy,” Powell said. “We must keep at it until the job is done. History shows that the employment costs of bringing down inflation are likely to increase with delay.”

Highlighting the same “raise-and-hold” message on interest rates, Atlanta Fed President Raphael Bostic told Bloomberg TV that once the central bank’s policy rate is 100 to 125 basis points more than the current 2.25%-2.50% range, “we should stay there for a long time.” After Powell’s remarks, interest rate futures traders increased bets on a third consecutive 75-basis-point rate rise at the Fed’s Sept. 20-21 policy meeting and priced in expectations the policy rate will reach the 3.75%-4.00% range by next March.

Powell’s open acknowledgment of expected pain to households “took investors by surprise and hammers home how serious they are about raising rates to fight inflation,” said Ryan Detrick, chief market strategist at Carson Group. “The hope of a dovish pivot was squashed, at least for now.”

But rate futures trading continued to show expectations for such a pivot later in 2023, with the Fed seen lowering its policy rate by about 40 basis points by the end of next year and further in 2024.

Powell did not indicate whether the Fed would continue with a 75-basis-point hike or downshift to a 0.5% move at its policy meeting in September, except to say the decision would be determined by the “totality” of the data by that time.

Recent data has shown some minor fall in inflation, with the Fed’s carefully watched personal consumption expenditures price index dropping last month to 6.3% on an annual basis, compared to 6.8% in June. Inflation expectations centered on the University of Michigan’s measures also have diminished.

But “a single month’s improvement falls far short of what the Committee will need to see before we are confident that inflation is moving down,” Powell said, citing the central bank’s policy-setting Federal Open Market Committee.

Other statistics have indicated what Powell said was “strong underlying momentum,” with the job market “clearly out of balance” given job vacancies greatly exceed the number of unemployed.

The decision of how much to hike rates “will depend on the totality of the incoming data and the evolving outlook,” Powell said, with more inflation and jobs reports to come. The Fed has become more open that its policies may cause a jump in the U.S. unemployment rate, currently at 3.5%, a level that has not been higher in over five decades.

To curb inflation, though, Fed policymakers have said they need to limit demand for goods and services by lifting borrowing costs and making it more expensive to finance cars, homes, and business investment. As the process takes effect, as it is starting to, especially in the housing market, companies may alter their hiring plans or even turn to layoffs.

“If there is a recession, it would be shallow,” Harker said.

Powell made his speech to a roomful of international policymakers and economists convened at a mountain lodge to talk about how the COVID-19 pandemic placed fresh constraints on the world economy, and the implications of that for central banks.

Inflation is now their major concern, and Powell’s remarks at the symposium, organized by the Kansas City Fed, set a pace likely to register on global markets. It also agreed with the message being preached by other top central banks: higher interest rates are aimed at weakening economies and the commitment to lift them won’t waiver until inflation subsides. 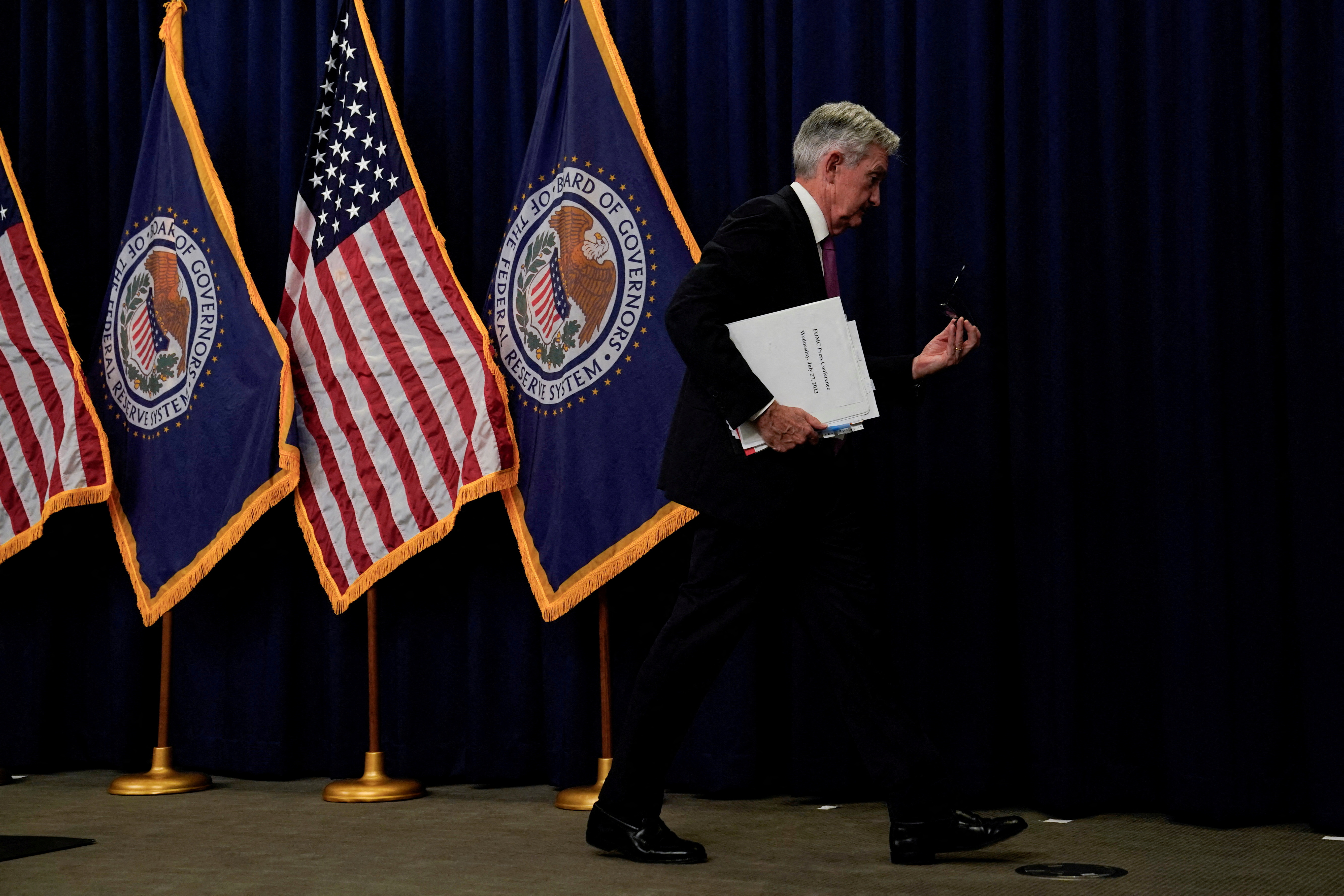 Indeed, several European Central Bank policymakers want to explore a 75-basis-point interest rate rise at a policy meeting in September even if doing so rises the risk of a recession, sources with familiar with the process told Reuters.

In prior appearances at the Jackson Hole conference, Powell’s remarks have entailed high-level discussions of Fed strategy and analysis.

He recognized that in his opening remarks. But with the Fed trying to keep the general markets and markets informed of what is in store, he said the intensity of the moment needed a more logical approach.

“Today, my remarks will be shorter, my focus narrower, and my message more direct,” Powell said.