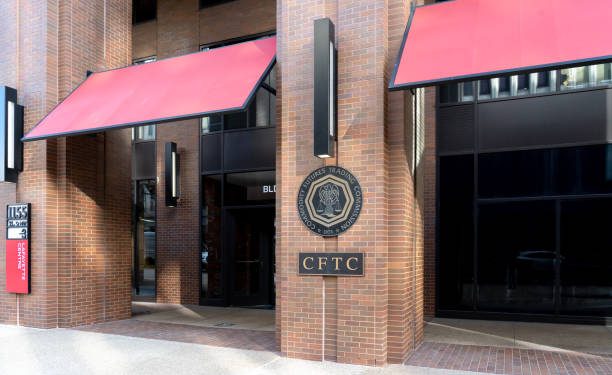 One Ohio resident who ran a $12 million Ponzi scheme involving bitcoin has now been fined by the United States Commodities Futures and Trading Commission (CFTC). Based on the complaint filed by the CFTC at a district court in the state on August 11, the man executed the fraud to pay for his expensive lifestyle.

A Ponzi scheme is a fraudulent investment practice where initial investors are compensated with a lot of money derived from the later ones. The CFTC announced on August 12 that Rathnakishore Giri, of New Albany, Ohio, has posed a successful crypto trader.

He later convinced more than 150 would-be investors to give him $12 million in cash, and at least 10 Bitcoin worth nearly $240,000 currently. The complaint was filed in the Southern District of Ohio, targeting one Rathnakishore Giri and his two companies: NBD Eidetic Capital LLC and SR Private Equity LLC. The CFTC also wants Giri to compensate his investors for their losses.

Based on the CFTC Commissioner Kristin N. Johnson, Giri is accused of orchestrating and sustaining a fraud that majorly targeted investors interested in digital assets.

Under the guise that he owned a private equity investment fund with a major focus on investing in digital assets, Giri seized upon the modern fervor for digital asset investment chances and duped unknowing investors to contribute more than $12 million in cash and bitcoin to his investments with the promise of impressive returns without the risk of any financial loss.

Giri is accused of diverting investors’ money to his businesses, which include SR Private Equity, LLC and NBD Eidetic Capital, LLC. Based on the CTFC, Giri lied to clients by alleging he would re-invest their money in investment funds and offer returns. These funds were instead spent on expensive items by Giri, according to the CFTC.

“The complaint also alleges in their solicitations to customers, the defendants omitted material facts, including the defendants misappropriated customer funds to pay profits to other customers in a manner akin to a Ponzi scheme and misappropriated customer funds to pay for Giri’s lavish lifestyle, which included yacht rentals, luxury vacations, and luxury shopping.”

That complaint also named Giri’s parents, Loka Pavani Giri and Giri Subramani, as relief defendants are having funds in which they had no legitimate interest. Based on the CTFC, crypto Ponzi schemes have been on a high in recent months.

The agency looks for compensation for defrauded consumers, civil penalties, and disgorgement of ill-gotten gains, permanent trading and registration bans, together with a permanent injunction against future violations of the CFTC and Commodity Exchange Act (CEA) rules.

CFTC said that he ran the Ponzi scheme to fund his lavish lifestyle.

This complaint was filed the day after the CFTC and the Securities and Exchange Commission (SEC) supported a plan to extend reporting needs for private and huge hedge funds to feature bitcoin holdings.

The rules and regulations are part of a collaborative effort by the nation’s regulators to enhance public awareness of the way private funds operate and what assets they handle. Based on the complaint, the CFTC alleges that Giri engaged in futures fraud by manipulating information and using ‘deceptive devices.’

ENFORCEMENT NEWS: CFTC Charges Ohio Man and His Companies with Fraudulently Solicitating Over $12 Million and Misappropriation in a Digital Asset Trading Scheme. https://t.co/FIGO3foLoq

Based on a statement by Johnson, Giri’s lavish lifestyle featured the use of yacht rentals, private jets, luxury cars, a luxurious vacation home, and expensive designer clothes. That way of life exhibited a complete lack of regard for the investors who had a lot of faith in him.

The CFTC is also continuing to investigate Giri and all his businesses. The commission has asked him to reimburse any gains or profits derived from the fraud and any money that is paid with regards to the misconduct, including commissions, fees, loans, salaries, revenues, and trading profits.

Johnson stated that the CFTC “rigorously surveys markets and enforces regulations,” but that the new financial products, like digital assets, can develop some new challenges. Kristin N. Johnson stated:

“This case illustrates these dangers, underscores the ever-present threats, and demonstrates that – no matter the asset class – effective enforcement and customer protections must be among our highest priorities.”

All market participants must be aware that this conduct will be subject to enforcement action according to the CFTCs mission. Recent interest in digital assets and crypto market firms advertising high yields or promising some quick riches but which hide deceptive schemes that arise from long-forbidden actions is majorly worrisome.

While cryptocurrency innovation has multiple advantages, the CFTC has advised clients to remain careful. Fraudsters who want to benefit from an unsuspecting public by taking advantage of popular interest in cutting-edge financial technology (fintech) will execute scams that separate investors from their money.