Tether to launch Peso stablecoin on Ethereum, Polygon and Avalanche 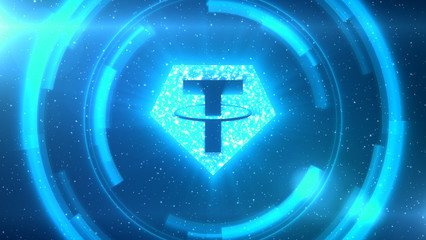 Stablecoins have been under scrutiny over the past few weeks following the collapse of the Terra USD (UST) stablecoin. However, Tether (USDT), the largest stablecoin, has been making strategic developments despite the challenges.

Tether has unveiled a new digital asset that will be pegged to the value of the Mexican Peso. The stablecoin will be launched on different networks, including Ethereum, Tron and Polygon.

Tether also referred to data collected from Mexican companies reporting the country’s demand for cryptocurrencies and blockchain. The issuer said that there was a unique opportunity that people could leverage to access cheaper asset transfers in the country.

The chief technology officer at Tether, Paolo Ardoino, said that the growing use of cryptocurrencies in Latin America had influenced the firm’s decision to expand. He also said that the launch of stablecoins pegged to the Mexican peso would allow people in Mexico to have a better way of storing value.

Ardoino further talked about MXNT, saying that it “can minimize volatility for those looking to convert their assets and investments from fiat to digital currencies.”

According to Tether, the move will be value additional to the developing country, and it will provide a testing platform that will be used to attract new cryptocurrency users to the country. They also said that this could set a precedence that will facilitate the launch of other stablecoins pegged on the value of the Mexican peso.

Stablecoins have been under immense pressure over the past few weeks. At the beginning of this month, USDT showed signs of stress, with its value dropping to around $0.98 on some of the leading exchanges.

However, Ardoino told the community that the stablecoin would maintain its value following the redemption of 300 million USDT tokens during the day, and the token’s value sustained the peg.

The company further announced it had transferred 1 billion USDT tokens from the Tron blockchain into other chains like Ethereum and Avalanche. The change of this chain happened amid the crash of the Terra USD (UST) stablecoin.