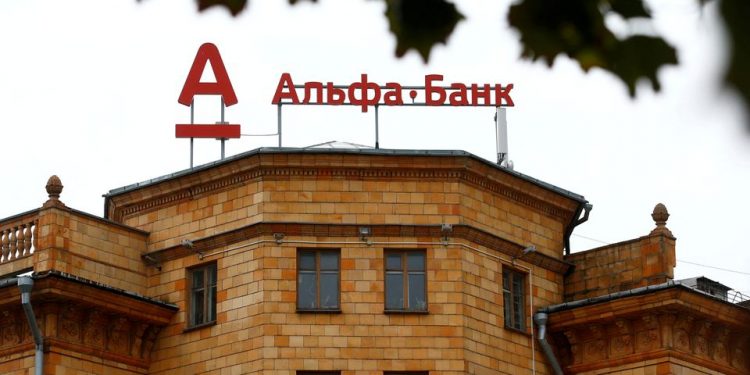 ATB depositors would be covered for up to 100,000 euros ($108,000) each under the Netherlands’ deposit guarantee system, a statement on the DNB website said. The DNB said that the bank has about 23,000 customers, of whom 6,000 are German and the majority are Dutch.

Mikhail Fridman, the Russian-Israeli billionaire who is contesting Western sanctions imposed on him following Russia’s invasion of Ukraine, is the bank’s ultimate beneficial owner, according to filings at the Dutch Chamber of Commerce. His stake in ATB was said to be not more than 50% but not less than 25%.

Alfa Bank has not been targeted by the European Union but is subject to U.S. sanctions. Dutch financial newspaper Het Financieele Dagblad (FD) reported that depositors began to panic on Thursday about the matter nonetheless.

ATB confirmed it had requested and been granted bankruptcy in a statement on its website. The bank said that British and U.S. sanctions had:

“Caused operational difficulties, as the majority of ATB’s counterparties, including corresponding banks … find it difficult to continue supporting ATB.”

ATB’s depositors discovered that other European banks were reluctant to accept transfers out of ATB for fear of falling foul of sanctions and its owners were working to sell the bank, the FD newspaper had previously reported.

Though in recent years the small bank had sought to become a lender to small and medium-sized companies, it had previously been known for trade financing.

ATB had equity of 174 million euros and assets of around 1.2 billion euros, according to its 2021 annual report, the latest on record at the Chamber of Commerce. That year it made a profit of 27 million euros.