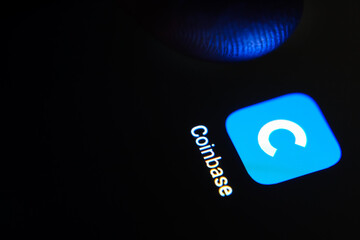 Early last year, US largest cryptocurrency exchange Coinbase made history by listing publicly on Nasdaq. The platform is known to offer one of the largest cryptocurrency trading pairs among all exchanges. It also has one of the biggest customer bases in the world. However, despite commanding a huge fan base, the president of Kynikos Associates, Jim Chanos doesn’t think it is a good investment.

Jims calls Coinbase one of the ‘bubble stocks”, in his CNBC interview. Based on his assessment, Jim believes that the Coinbase stock is one of those that will sweep over the industry only to crash very hard within a very short time. Jim says he would not pick Coinbase if he’s considering a long-term investment approach.

Apart from Coinbase, Jim also spoke about Bitcoin, warning investors about the extreme level of volatility in the market.

Coinbase is determined to keep expanding its products and services with the appointment of top-level executives. Recently a senior executive at Goldman Sachs left the company to join Coinbase. Additionally, the crypto exchange is planning to add additional 2,000 members to its staff this year to dominate the web 3.0 space.

In line with its expansion goals, Coinbase recently acquired FairFX, a derivatives exchange under CFTC regulation.

Despite all the great things happening with Coinbase, Jim still feels the company is one of the firms that is being “sold on a story.”

He also pointed out that the Coinbase price has generally co-related with Bitcoin’s price. Less than a year after listing COIN, it lost almost 50% of its value.  The stock’s all-time high of $400 coincided with the period Bitcoin was also at its highest level of above $60,000.

Jim also thinks that competition will increase among the exchanges, which will probably see Coinbase earning far lesser than in previous years. “Coinbase will probably not be profitable this year with a $40 billion market cap,” Jim added.