South Korea’s National Assembly recently set up a subcommittee on the delay of the proposed crypto tax law in the country. After several deliberations, the subcommittee has reached an agreement to place a 20% tax on crypto trading gains. The committee stated that the new tax law will be going live next year instead of 2023 it was earlier scheduled.

The proposed law has received mixed reactions from South Koreans. The younger generation, especially those in their 20s and 30s, have vehemently criticized the new law. Many argued that they have invested so much in digital assets and the new law would affect them heavily.

The issue has become a very serious matter of debate between the ruling party (Democratic Party of Korea, and the opposition.

The Tax Also Applies To ICOs And Mining Operations

According to the Korea Times, legislatures, members of the finance ministry, and opposition parties were involved in the talks regarding the delay of crypto tax law.

The law classifies crypto gains as ‘miscellaneous incomes” and the tax applies to ICOs and mining operations. According to the discussions on the matter, the law will impose a tax on gains of over $2,125 made in one year.

Other issues were also discussed in the meeting, which includes reducing the threshold set for crypto tax. Deputy Prime Minister Hong Nam-ki stated that there should be taxation where there is income. He added that the new tax law will seek to place a tax on only traders and miners who gain from their cryptocurrency investments. However, lawmakers are concerned that it will be difficult to trace the gains made in overseas crypto exchanges if the traders fail to include them in their tax filings. 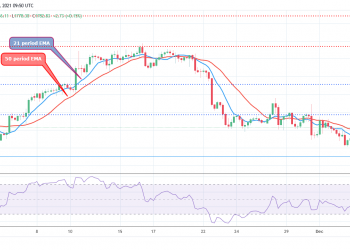