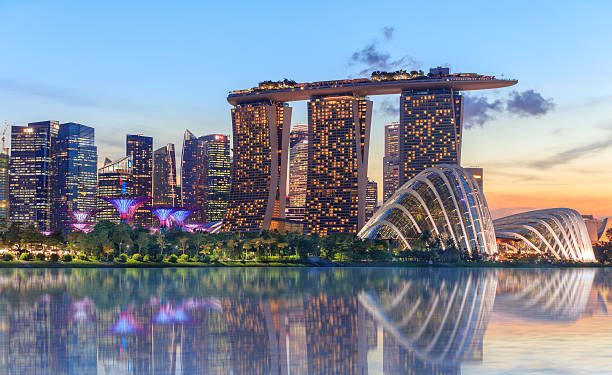 Singapore is allegedly the next port of call for Kakao’s globalization agenda for its legacy blockchain platform Klaytn. Kakao now wants to keep up with the enterprise blockchain competition in Asia as it eyes expansion to Singapore.

Based on a report by The Korea Herald on August 16, 2021, Kakao has set up two new blockchain-based entities; the Krust and Klaytn Foundation, within the city-state. Klaytn Foundation is a nonprofit organization while Krust serves as a global accelerator for the adoption of blockchain technology.

Kakao plans to use both of these entities to enhance and support wide-based penetration of its Klaytn blockchain project in Singapore. While stating its mission on its launch earlier in August, the Kakao Foundation mentioned that it would work “proactively and systematically” to enable it to expand the Klaytn network. The foundation added:

“We will actively invest our human as well as financial resources in developers and businesses of the blockchain world to accelerate the growth of our ecosystem and the development of our technology.”

The Singapore expansion is now backed by Kakao’s $300-million blockchain development funds that also include an improvement reserve fund that is used for service maintenance purposes.

Kakao, just like all the other major South Korean conglomerates, is quite bullish on blockchain technology. When KT Corporation announced its plans for a digital currency project in Busan sometime in December 2019, this news meant that all major conglomerates in South Korea were involved in some form of blockchain-based ventures.

The Bank of Korea is also expected to choose a technology partner for the CBDC pilot later this month. Kakao has also allegedly partnered with 32 Korean and foreign companies as part of the Klaytn Governance Council.

For Kakao, the goal is allegedly one of keeping pace with the other major Asian conglomerates like Naver in the Asia-Pacific blockchain theater. Naver is now expanding its Line blockchain project not just in Japan but also in some parts of Southeast Asia.