Uniswap Already Generated At Least $1B In Revenue For Liquidity Providers 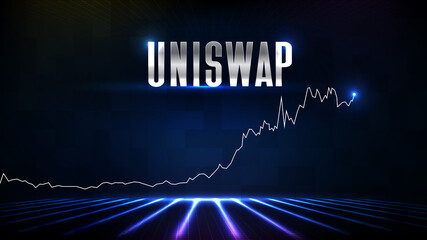 Market analysis conducted between 2018 up to today confirms that Uniswap, a leading decentralized exchange, has successfully generated more than $1 billion from platform fees for liquidity providers since its November 2018 launch.

Uniswap now becomes the first-ever DeFi protocol to generate more than $1billion worth of platform fees for liquidity providers.

On August 10, Lucas Outumuro, the head of research at crypto data aggregator ‘IntoTheBlock,’ shared an analytic chart on Twitter that confirmed that the combined fee revenues from Uniswap’s v2 and v3 Ethereum mainnet deployments have surpassed $1 billion.

Outumuro has further noted that the actual total fees from both Uniswap v1 and its v3 development on Optimism have roughly aggregated $1.02billion since the inception of the DeFi protocol in November 2018.

Comparably, data acquired from IntoTheBlock shows that the Bitcoin network has generated $2.24 billion in fees since its 2009 launch, while the DeFi-driven surge in activity on Ethereum has successfully raised its total fee revenue to $4.74 billion within six years.

@Uniswap just became the first protocol to surpass $1B+ in fees 🤯

Axie Infinity, an Ethereum-powered gaming platform, has emerged as the leading DApp by fee revenue overtaking, Uniswap on daily fee revenues in recent weeks. According to data acquired from Token Terminal, Axie has generated a total of $308.5 million in platform fees over the past 30 days, equating to a daily average of nearly $10.3 million.

In the same context, OpenSea, a popular NFT marketplace, has overtaken Uniswap in fees revenues recently, with the platform generating $4.2 million in fees daily, according to data acquired from Dune Analytics. CryptoFees data confirmed that Uniswap recorded just $3.9 million in daily platform fees in the same period.

In a relatively similar contest, Ethereum’s London upgrades introduced a burn mechanism into the network’s fee that went live on August 5, with the surging popularity of Ethereum-based DApps burning over $100 million worth of Ether and mining more than 1000 deflationary blocks over the past week.

OpenSea currently ranks as the leading Ethereum DApp by burn rate after destroying 3,918 Ether (worth $12.5 million) since London went live.