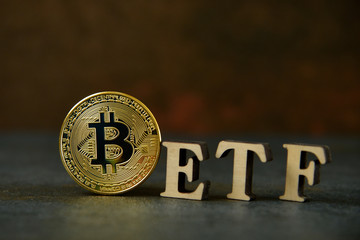 According to the filing, the investment fund will operate under a new investment product called Bitcoin Strategy ETF.

The filing also noted that Inesco may “at a time” invest in Bitcoin ETFs that are listed outside of the United States.

Invesco said it will be investing “all or a substantially all of its assets” in Bitcoin futures and ETFs.  The fund also has plans to invest directly in cash or other high-quality securities as part of its collateral investments, which may include government securities.

According to the firm, the collateral will serve as a margin and provide liquidity for investments in Bitcoin futures. The filing also noted that the new fund will be “non-diversified.” This means there won’t be a need to meet diversification requirements.

This is not the first time Invesco has shown interest in cryptocurrencies and related assets. In March 2019, the company showed interest in blockchain-related ETFs. Invesco rolled out a blockchain ETF on the London Stock Exchange, targeting 48 firms within the blockchain industry at the time. Last month, it reported that the fund has grown to over $1 billion in assets under management since it was introduced.

The SEC stalls in its approval of Bitcoin ETF

With the filing of s Bitcoin ETF, Invesco has joined a list of other companies that have filed crypto ETFs and waiting for SEC’s approval.

The regulator has been reluctant to approve the ETFs, stating that it still needs to do more research on the field to make decisions.

The SEC is still delaying its approval decisions and has already rejected a series of Bitcoin ETFs in the past. But while the U.S. regulator is stalling, regulators in other jurisdictions have had success. For example, countries like Canada have registered several Bitcoin ETFs that are already operational. The U.S. regulator is still skeptical about the viability of Bitcoin ETFs and wants to measure its risk levels before giving approvals. But that has not stopped more companies from filling with the SEC, as the race to launch a crypto ETF heats up.