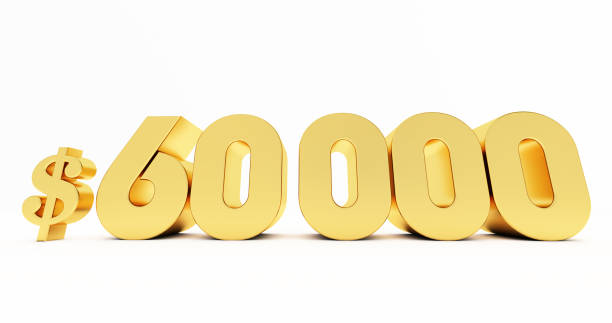 One analyst at Bloomberg treats the latest cryptocurrency ban in China as a bullish sign for Bitcoin and the United States dollar. Bitcoin now seems to have a better possibility of surging back to $60K than plunging below its current support of $30,000 and heading towards $20,000, according to Mike McGlone. He is a senior commodity strategist at Bloomberg Intelligence.

A screenshot from McGlone’s latest analysis on the biggest cryptocurrency, which was first shared by Eric Balchunas, Bloomberg’s senior ETF analyst, shows him comparing Bitcoin’s ongoing price action with the ‘too cold’ period of the 2018-19 trading session.

In-depth analysis shows the BTC/USD pair exchange rate entered a persistent consolidation period near $4,000 after an 80%+ crash during the crypto winter of 2018. However, an abrupt run-up in 2019 sent the prices to highs of $14K on some of the crypto exchanges.

McGlone is famous for his past bullish calls on Bitcoin. He noted that BTC has been consolidating near $30K since May 2021 and might post a similarly surprising rally while targeting to hit refreshed resistance zone near $60,000. The strategist stated in a note:

“The more tactical-trading-oriented bears seem to proliferate when Bitcoin sustains at about 30% threshold below its 20-week moving average, allowing the buy-and-hold types time to accumulate.”

Bitcoin’s bullish and bearish cycles seem to wobble around three integral moving average indicators. These are the 20-week exponential moving average, 20-week EMA; the green wave, which acts as the interim support/resistance, the 50-week SMA, 50-week Simple Moving Average; the blue wave, and the 200-week simple moving average represented by the orange wave in the market chart.

When there are bull trends, Bitcoin prices normally remain above these three moving averages. In the meantime, bear trends see the crypto prices closing below the 20-week EMA and the 50-week SMA, as represented in the market chart above.

On its part, the 200-week simple moving average acts as the last line of defense in a bear market. For now, bitcoin has bottomed out twice near the orange line, each time sending prices explosively higher. For example, a take-off from the 200-week SMA in 2018 pushed the bitcoin prices to nearly $14,000.

In the same context, the wave support capped the crypto’s downside trials during the coronavirus-led crash in March 2021. Later on, the price bounced from as low as $3,858 to around $65,000.

But McGlone thinks that there could be an early rebound. As a bullish fundamental, the strategist pointed towards the latest China cryptocurrency ban.

China imposed a complete ban on crypto operations in May 2021. That decision stonewalled the mining activities in the nation, which were compelled to either cease or shift their base away from the country. Bitcoin dropped like a stone in response.

Nonetheless, McGlone mentioned that China’s rejection of open-source software crypto-assets is a plateau in their economic ascent. In his tweet published on May 23, the analyst attached an index showcasing some booming volumes of capitalization of the United States dollar-backed digital assets, like Tether.

Then, he pitted the surging demand for digitized dollars against the Chinese yuan-to-dollar exchange rates, highlighting that the logarithmic scale of market capitalization fluctuations between these two fiats was considerably below the baseline zero between 2018 and 2021. It means that the yuan was depreciating against the US dollar.

The scale appears to have gone back to zero, indicating an interim growth for yuan against the dollar. But this uptrend still seemed dwarfed before Tether whose market cap gained by over 40% above baseline. McGlone said:

“China’s rejection of open-source software crypto-assets may mark a plateau in the country’s economic ascent, we believe while extolling the value of the U.S. dollar and Bitcoin.”

Furthermore, the co-founder and CEO at the global payment network Mercuryo, Petr Kozyakov, said that while the United States government has not yet launched a central bank-backed digital dollar officially like China, the availability of a majority of other alternatives, including USDC, USDT, and BUSD, may pose a challenge to CCP-controlled digital yuan.

“These cryptocurrencies are pegged 1:1 against the U.S. dollar and as shown in the chart McGlone shared, the dollar is leading the digital rise over the Chinese Yuan. While China’s crackdown has had an impact on Bitcoin’s price as it hovers above $30K on 23rd June, fundamentals have improved vastly since 2018 due to institutional FOMO […] Bitcoin should recover to $50K by the turn of the year.”

The Chinese Economy Will Continue Thriving

Yuriy Mazur of CEX.IO Broker, while rejecting McGlone’s take, noted that the Chinese economy should continue thriving with or without cryptos, noting that it has nothing to do with the demand for digital assets.

“The Chinese government is too smart to miss out on something the world deems valuable. So, expect them to take considerable measures to roll out a Yuan-backed cryptocurrency (in the future) that they have complete control over.”