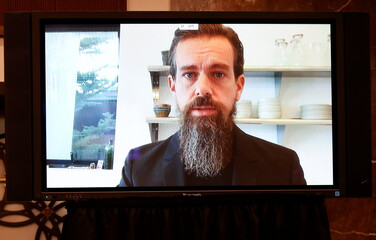 The Twitter CEO sees many opportunities in services like commerce, subscriptions, and new features like Twitter Tip Jar and Super Follows. Bitcoin, being the biggest crypto in the world by market capitalization, will be one of the major trends for the future of Twitter according to CEO Jack Dorsey.

He said that Bitcoin would act as a “big part” of the firm’s future at the second-quarter earnings call. During the call, the CEO outlined the digital currency’s potential to increasingly transform Twitter products and services.

Terming bitcoin as the native currency of the internet, Dorsey described opportunities to integrate bitcoin into existing Twitter services like subscriptions, commerce, and new features mentioned above.

Jack Dorsey went on to explain to the investors that a lot of Bitcoin-enabled innovation is “above just currency to be had,” as Twitter is expensively committed to decentralize the entire social media space and offer a lot of other economic incentives.

He also noted that Bitcoin is one of the three key trends for Twitter’s future alongside artificial intelligence (AI) and decentralization. Dorsey stated:

“I think it’s hugely important to Twitter and to Twitter shareholders that we continue to look at the space and invest aggressively in it.”

The CEO insisted that Twitter is not alone in its commitment to cryptocurrency, citing aggressive digital currency development by social media behemoth Facebook, which says it will pilot its Diem crypto later in the year. But as opposed to Facebook, Twitter will one day focus on Bitcoin as a native internet open standard. Dorsey added:

“There’s an obvious need for this and appreciation for it. And I think that an open standard that’s native to the internet is the right way to go, which is why my focus and our focus eventually will be on Bitcoin.”

His latest BTC call is reportedly the first time when he has spoken publicly about how Twitter may integrate bitcoin into its products. These new remarks came after a short while after Dorsey had decided to discuss bitcoin at the virtual BTC event “The B Word” alongside Ark Invest’s Cathie Wood and Tesla CEO Elon Musk.

“We would certainly not have the dependency that we have on the advertising business model.”

Dorsey is famous for being a major early bitcoin believer, often insisting that Bitcoin is poised to be the only currency of the internet since at least 2018. His cryptocurrency-friendly digital payments company Square is a major bitcoin investor, acquiring $50 million in bitcoin in late 2021 and then acquiring an additional $170 million in Bitcoin in February 2021.