Jack Dorsey To Integrate Lightning Network Into BlueSky Or Twitter 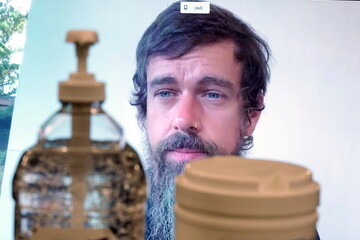 The co-founder and CEO of social media network Twitter and financial services company Square, Jack Dorsey, has said that he wants to integrate Bitcoin’s Lightning Network sidechain with one or both of his businesses.

On June 11, 2021, Dorsey responded to a question from Twitter user Deyonté, who urged Dorsey to integrate the Lightning Network into BlueSky or Twitter. BlueSky is the decentralized social network that Twitter has devoted funds and manpower to develop since 2019. In his response, Dorsey said:

“Only a matter of time.”

Only a matter of time

Earlier in June, Dorsey revealed that Square wants to create an open-source non-custodial BTC hardware wallet. His comment seems intentionally vague, with the remark seeming open to be interpreted as confirming that one of his firms, or even both, maybe eying a Lightning integration.

Dorsey also said that Square wants to create an open-source non-custodial Bitcoin hardware wallet. The following day, reports emerged that Square had shown a partnership with blockchain network company Blockstream, with Square planning to invest about $5 million into a solar-powered BTC mining facility.

The Twitter CEO has long said that bitcoin mining incentivizes adoption and innovation in the renewable energy sector. In that context, Square committed $10 million toward its Bitcoin Clean Energy Investment Initiative in December 2021.