When Will Musk’s Influence On Bitcoin Wither? 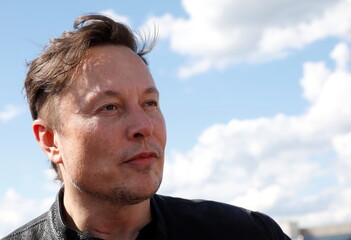 Tesla CEO Elon Musk’s tendency to impact the crypto space with devil-may-care tweets came on display once more on June 4, 2021. Most of the coins lost 10–18% after Musk’s latest Bitcoin (BTC) meme.

The billionaire’s tweet showed a bitcoin sign next to a broken heart emoji which could have been interpreted as quite cryptic. However, the crypto market responded to it within minutes, plunging into a red ocean with almost$100 billion leaving the global crypto market cap.

Many industry executives while worried about Musk’s influence on the crypto space now appear hopeful that BTC can escape the shackles of his gravitational pull. The latest sell-off was an example of Musk’s excessive influence, according to Greg Waisman, the chief operating officer (COO) of payment network Mercuryo.

But he was happy that the latest plunge was not as severe as the previous ones. Waisman said:

“To a large extent, Bitcoin investors are learning to ignore tweets from Elon Musk and this was made evident as the price drop was not as huge as we have seen before. Bitcoin investors strive to maintain a united front by limiting how they panic sell. This is a good start for Bitcoin.”

Waisman thinks that traders were gradually accumulating the nascent sector’s knowledge that will make Musk’s tweets irrelevant in the future. He added that factors like jurisdictional regulations may turn into accurate drivers of the crypto markets in the future. The COO added:

“We are getting to the point where crypto stakeholders will react only based on relevant fundamentals. The cryptocurrency industry is growing towards maturity, and to a large extent, knowledge accumulation is taking the center stage. As market stakeholders get additional knowledge, they will learn to base their decisions on the influences that matter most, like regional regulations.”

The co-founder of ZAP Protocol, Nick Spanos, also said that the past tweets from Musk were more destructive to Bitcoin than the one he posted on June 4. Spanos added that this seems to be a sign that many traders are now starting to ignore Musk’s influence. He mentioned:

“After today’s tweet of Elon Musk which has pushed Bitcoin price down by roughly 5%, there is some sort of resistance from the coin. But despite its drop Bitcoin is comfortably trading above the critical price level of $36,000. From previous trends, the cryptocurrency usually sees steeper plunges but the current 6.83% is a sign that the market is proving to be unmindful of the billionaire’s influence.”

The executive director at CEX.IO, Konstantin Anissimov, shared the same sentiments, saying that the whole crypto market could not bow to individuals like Musk anymore and that global regulatory matters might take centre stage soon. He explained:

“I feel at some point the crypto market will grow independent of influence from influential people like Elon irrespective of their large follower base on Twitter and only bow to influence from regulators and happenings in the global and international market.”