Bitcoin Price ‘Looks Like 2013’ After Red Monthly Candle, What Comes Next? 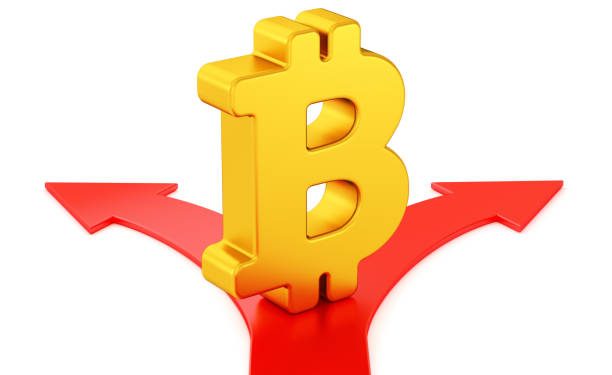 The long-term price projections according to stock-to-flow (S2F) remain ‘intact’. PlanB is not worried by last month’s record red candle which was by far the worst monthly candle in 10 years. The S2F creator says that the flagship crypto can still surge to reach new all-time highs in 2021.

After the crypto plunged to $30,000 and testest that level multiple times, worries keep appearing over a huge drop that might take prices of bitcoin toward $20,000 and even lower. If such a move happened, it would mean that for the first time would cross the all-time high from a previous bull market of 2017.

But for PlanB, such an event might not happen. Additionally, the recent price action is far from unheard of, it might prove that the market is just retracing its 2013 steps instead of taking on the 2017 performance.

He uploaded the latest incarnation of his stock-to-flow cross-asset (S2FX) model where he highlighted similarities between 2021 and BTC’s behavior from previous years. He wrote in accompanying comments:

S2FX places Bitcoin in several phases, in which it goes from a fringe phenomenon to a major full-blown asset class. Its ambitious projections call for an average bitcoin price of $288,000 in the current halving cycle that runs between 2021 and 2024.

The latest pullback sparked some questions over the model’s longevity that PlanB has always insisted is not assured. Nevertheless, with most of its demands still met by the market, the 2013 postulation appears to be a strong contender for explaining BTC’s wild ride in 2021.

According to previous reports, the accumulation practices among the long-term holders may also cause the formation of a ‘double top’ scenario in 2021, just like it happened in 2013.

Veteran trader Peter Brandt is arguing for such a scenario but thinks that a rush to record new all-time highs will come only after the markets experience a more dramatic pullback. But that in itself would come in line with historical precedent.

This is the week when volatility returns to the market and a make or break moment for bitcoin will be realized, according to traders. Bitcoin is nearing the end of a consolidation phase which most traders believe will spark a new bullish breakout.

One popular trader, Crypto Ed, tweeted on June 1 becoming the latest voice in the growing bullish movement that is calling time on lower bitcoin price levels.

After consolidating in a significantly wide range since bottoming at $30,000, bitcoin appears to be printing higher lows and lower highs on the smaller time frames. The narrowing wedge on the chart in most cases has a logical endpoint where volatility becomes zero and as seen previously, it results in a massive move up or down.

“Expecting that bounce any moment now. When it does, I think we break out to the upside in coming days.”

He also mentioned that any failure to break out may have the opposite effect, which would be a nod for the bears warning that there might be a new drop towards $20K. Taking a keen look at the hourly chart in the meantime represents a make-or-break moment for BTC on June 2, at which point the market trajectory in the short term should be decided. A fellow trader Lark Davis added:

#bitcoin forming up a tasty little triangle on the daily. Expect volatility by week's end. pic.twitter.com/Pw1rtDztbm

This pattern of zigzag trading after a major price movement that culminates in a narrowing wedge and breakout, called ‘compression’, is a normal classic chart phenomenon for Bitcoin. That market price action dominated much of 2021 before the bull market kicked in to push BTC past its 2017 all-time highs.

In the case of Rekt Capital, a crucial long-term chart feature is quite interesting after the $30,000 plunge.

Bitcoin’s 50-week exponential moving average (WEMA) has developed back into support despite the generally lower levels. Historically, this market development has been a major bull flag. Analysts explained in a YouTube update on May 31:

In that context, $30,000 may just have been a ‘hefty discount’ instead of a bearish watershed for the flagship crypto.