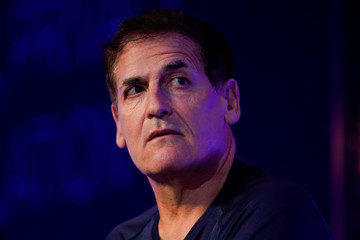 From a critic to a supporter, Mark Cuban has been on both sides of the crypto world. Originally, he could not see eye to eye with any of the existing crypto projects. However, all that seems to have changed with the meteoric surge of Bitcoin in 2021.

The Dallas Mavericks owner has been on record in the past endorsing Dogecoin (DOGE), and his NBA team accepts the crypto for ticket and merchandise sales. According to a new disclosure on one of his sites, the billionaire investor is said to have thrown his weight behind Polygon.

This move shows that wealthy investors are also tapping into the digital asset market despite its recent turmoil. The addition of Polygon to the Mark Cuban Companies seems to have been made in the last few days, and it now confirms officially that Cuban backs the project.

The Ethereum-based scaling solution has been gaining momentum with the price of its token, MATIC, exploding to reach new highs. Mark Cuban was previously a polarizing figure in the crypto space but has now become a vocal supporter of the budding asset class in the past year.

Recently, when Tesla CEO Elon Musk decided to stop accepting bitcoin payments as a result of environmental concerns, Mark said that his Dallas Mavericks would continue accepting the cryptocurrency as payment.