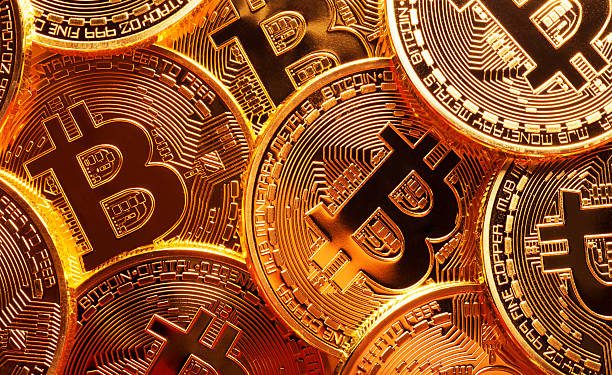 As the price of Bitcoin accumulates below $60,000, the big whales are not selling. Instead, they are accumulating. Data shows that the price of bitcoin is consolidating between the $55,000 to $59,000 range. This price action has established the mid-$50,000 region as a strong support area.

The current trend coincides with strengthening on-chain fundamentals, like whales, and address activity. Since the bitcoin rally started to accelerate in November 2021, the 7-day average active address has increased simultaneously. One pseudonymous trader known as “Crypto Birb” mentioned:

“$BTC seven day average over daily active addresses in sideways while price action climbs. The upside trend is the strongest when backed by onchain trends.”

It indicates that on-chain trends have been supplementing both long and short-term bitcoin price cycles.

Based on the data aggregated by Santiment, large BTC whales have been majorly accumulating bitcoin as more than 35,000 bitcoin has left exchanges in the last 30 days. The most recent outflows have also pushed down the crypto exchanges’ bitcoin reserves to the reach lowest levels since early March before bitcoin hit new all-time highs above $61,500.

“As you’d expect, not all of #Bitcoin’s whales are behaving in unison. However, we’ve seen interesting trends these past couple months, such as 100-1,000 $BTC addresses adding 353k more $BTC since Feb. 1st, while 1k-10k addresses have shed 300k $BTC.”

The chart indicates that 1,000 BTC to 10,000 BTC addresses have been selling. But, the Whalemap analysts said that this range is a challenging range to analyze.

The range may feature exchange addresses that are not tagged by a majority of the on-chain data gathering platforms, so perfectly, it would be more accurate to compare the 100 BTC to 1,000 BTC range, and then 10,000+ BTC holding addresses.

“In the 1k-10k band there are a lot of exchanges So this could be a part of it, as they are reducing the availability. Since these addresses could be exchanges, a better representation would be looking at 10k+ BTC and 100-1000 BTC.”

As the long-time holders move to sell their coins, it puts considerable selling pressure on Bitcoin. Nonetheless, in the current phase of the bull cycle, the frequency of old bitcoin moving is less than 50%, which is the level where bitcoin topped out in the past cycles.

“In bull markets old coins tend to move more. This increases the relative supply of younger coins in the network. At previous $BTC tops, around 50% of the #Bitcoin supply was younger than 6 months. We are currently significantly below this level (36%).”

Since the big whales have been accumulating bitcoin as the crypto continues to consolidate between  $55,000 and $59,000, the bull market remains intact despite the growing U.S. 10-year Treasury yields.

According to previous reports, when the 10-year Treasury yield starts rising, the risk-on markets normally take a hit, mainly in the near term.

In the last two weeks, for instance, the United States tech stocks experienced a major pullback that coincided with Bitcoin stagnating under $60,000.

Nevertheless, given that on-chain data remains quite optimistic for bitcoin, the bullish trend and market structure will raise the probability of a bigger rally, provided that the $55,000 support area remains intact.