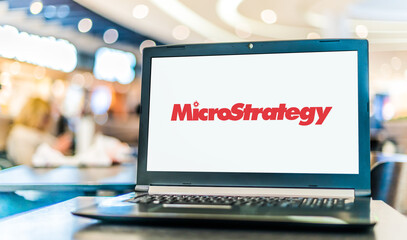 MicroStrategy, a software firm that has been making headlines for its aggressive acquisition of bitcoin, has made another $10 million purchase after March 4’s market uncertainty. The company bought another 205 BTC at an average of $48,888 as announced by CEO Michael Saylor.

MicroStrategy’s latest move is one of its many “symbolic” buys where the firm puts a few more million in BTC after each dip. While the software firm started putting its existing assets into BTC in 2021, back when bitcoin traded at around $10,000, its latest purchases are yet to break even.

The latest major purchase that was funded by a bond offering of $900 million was done at an average cost of $52,700 per BTC. Bitcoin’s price has wavered ever since amid a worsening outlook for risk assets on Wall Street.

Thursday’s buy has coincided with a period of increased tension on markets, as Federal Reserve chair Jerome Powell signaled that bankers do not think the current conditions need extra intervention.

Bond yields have been on a constant and powerful surge in the past several weeks that traditionally signals recovery from a recession and hyper-inflation expectations. That should reflect well on the stocks and risk assets. However, the narrative behind 2021’s unstoppable surge heavily relied on low bond yields and continuous Fed intervention as justification for increased valuations.

Wall Street tension appears to be having some significant effect on Bitcoin. However, MicroStrategy appears keen to continue on its past route of acquisitions. Yesterday’s purchase is majorly symbolic, but the more important indicator is that MicroStrategy did not sell, despite its stock losing 50% since the February highs.