XAUUSD Seems Range-Bound But Is There A Gold Rush?

Gold has been acting quite volatile in the past couple of days. Although it might not seem much looking at the hourly charts, the 5-minute chart indicates that there is a lot of hidden gems of what is happening in the precious metal market.

Since the return from the long holiday, the precious yellow metal has been moving all over the place. It is trying to move above the $1895 resistance level.

The precious metal has been affected by many market shenanigans which range from the United States stimulus measures to the COVID vaccine, and the passing through of the Brexit situation. On December 29, 2021, gold managed to regain the positive traction and was being heavily supported by the progress on extra US stimulus measures.

The House of Representatives voted in the favour of increasing the amount of COVID-19 relief payments to the qualified Americans from $600 to $2,000 on December 28. That affected the precious yellow metal indirectly because the stimulus payment added some bearish pressure on the dollar; which in turn gave Gold bullish pressure to surge back up.

Additionally, there is growing optimism in the market, particularly with regards to the GBPUSD pair, with the last-minute Brexit deal that enhanced investor confidence across the general market. The significant increase in the risk appetite of investors was seen in the prevalent bullish sentiment around the global equity markets. That risk-on flow undermined the demand for the haven asset that limited the upside of XAUUSD. 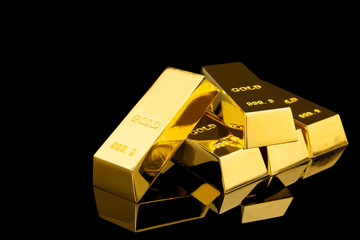 With that put into mind, the underside is also heavily supported. There are many worries that the discovery of a new strain of COVID-19, which has a higher infection rate, might force the global economy to fall once more.

That has provided the yellow precious metal with an adequate cushion from any aggravated decrease in its value. But, trading volume is another major issue that traders need to take into consideration.

Trading volume has remained significantly thin and that is adding up pressure on investors to remain prudent and not place aggressive bets. That might add more bearish pressure on gold and eventually contribute to limit the upside movement of the metal.

All of these events when combined indicate that the best course of action for the traders, for now, is a wait-and-see strategy. The traders are advised to wait for some follow-up in buying pressure before they start to level in their positions.

As it has been noted for several months now, while the Gold market may not seem all that volatile on the hourly charts, the 5-minute chart, portrays an entirely different story. December 28 was the day when the instrument rallied higher reaching a higher of $1,900 before encountering some heavy resistance as the sellers forced the instrument back down towards the $1,870 level. 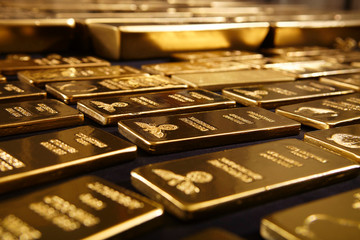 There was some attempt to stabilize the prices around the $1,895 level that has been perceived as the skirmish line for now. Nonetheless, the bearish pressure compelled the instrument to drop to $1,870 as the bulls discovered adequate positive news to push it back up. This has made the gold market to remain highly volatile.

But,t eh bulls failed to maintain the upside momentum as the $1895 level rejected the break, and the instrument dropped swiftly towards the $1872 zone. Since that time, the instrument has been trading in a tight channel between $1,883 on the top side, and $1,875 at the bottom level.

That gives the picture of consolidation, which means that it should be a consistent break of either side; the gold market will follow through with that direction. The Bollinger Bands, Moving Average, and RSI (Relative Strength Index) are all portraying the same vision which is consolidation. At least that is happening for now as the market decides which way to go in the mid-term. 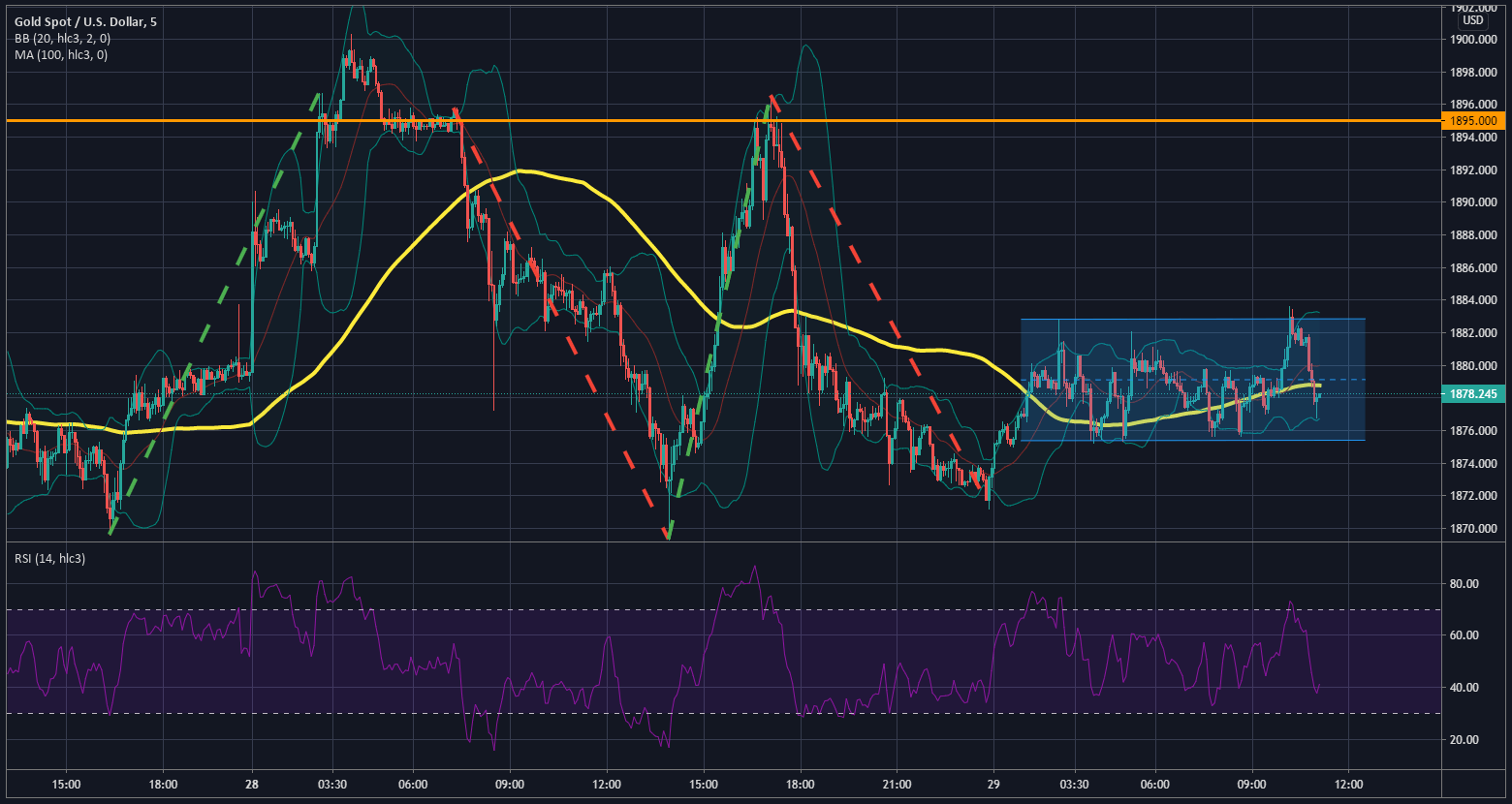 The notable catalyst for the movement might be technical since the opposing fundamental factors in the gold market currently are proving quite overwhelming for either side. Thus, traders and investors more likely to focus on the Technical aspect of things to see which way to go. 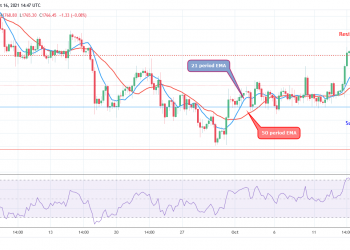