Brent Crude prices hit their highest levels since March as reports emerged about a third promising COVID-19 vaccine candidate. The news spurred hopes of a rapid recovery in oil demand. On the other hand, President-elect Joe Biden received the green light to start his leadership transition.

On November 24, 2021, brent surged to a session high of $46.56 which doubles up as the highest level since early March before Russia entangled with Saudi Arabia in a price war. Back then, the price war sent oil prices crashing. Both of the major oil benchmarks settled up around 2% on November 23 after it gained almost 5% in the past week. 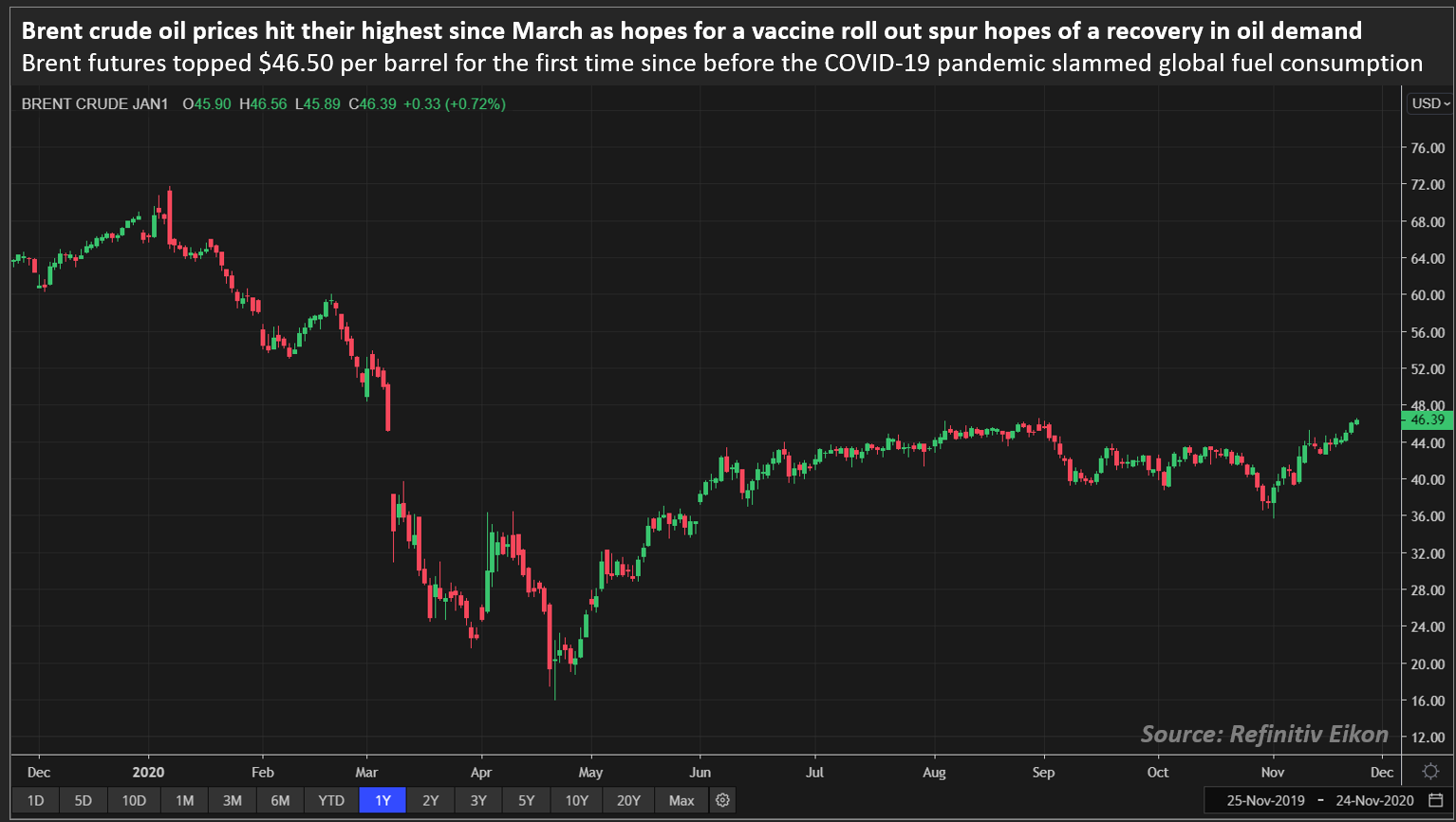 “Progress on developing and distributing a vaccine de-risks the path back to normal for oil markets. If mobility data is a measure of oil price sentiment, in the not too distant future, the vaccine will get people back on airplanes and cruise ships.”

On Monday, AstraZeneca announced that its COVID-19 vaccine was 70% effective in the pivotal trials and might be up to around 90% efficacy. If that happens, it will give the world’s fight against the pandemic a third new weapon that would be significantly cheaper, easier to distribute, and faster to scale up than its rivals.

The news comes after positive trial results from Pfizer and Moderna. On November 23, President Trump helped ease uncertainty in the financial markets by allowing officials to proceed with a transition to Joe Biden’s incoming administration. He gave his rivals access to briefings and funding even as he said that he would continue with his efforts to fight the election results.

US crude oil inventories might have slumped slightly in the past week, while distillate stockpiles were seen to decrease for a 10th straight week, according to Reuters. That happened ahead of reports from the American Petroleum Institute and the Energy Information Administration (EIA).

Traders shifted their attention to a week of technical meetings by OPEC and its allies while preparing the ground for next week’s ministerial gathering. That meeting is scheduled to discuss extending oil output curbs into 2021 as a result of weak demand amid the second wave of the pandemic. 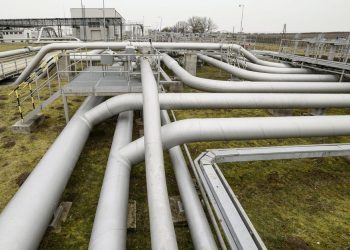 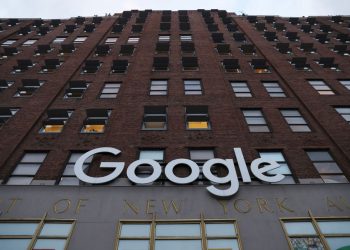