As of 9:17 a.m. ET, WTI Crude had lost 1.93% to settle at $38 and Brent Crude had lost 1.78% to trade at $40.17. At the same time, Joe Biden had taken the lead in Pennsylvania and Georgia although the votes are still being counted in the two states. North Carolina and Nevada are also not yet called. 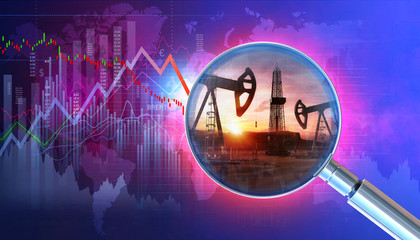 The crude prices rose earlier this week and on Election Day underpinned by a rally in the financial markets and a slightly weaker the US dollar Election Day. On November 4, prices also spiked after the EIA reported an 8-million-barrel draw in crude inventories in the US last week. The draw, a weaker US dollar, and increasing risk appetite after the ‘blue wave’ in the US election failed to happen, supported oil markets.

Nevertheless, the surge in coronavirus cases in the United States and most parts of Europe brought again fears of a new oil demand drop as many countries around the world are imposing fresh lockdowns. Others are introducing some types of ‘soft lockdowns’ by introducing curfews and limiting the working times of restaurants.

Prices in the market dropped on November 5 and continued with their decline into today as the market realized that the oil demand recovery might get delayed as a result of the lockdowns in Europe, irrespective of who will become President of the US.

In other news, the COVID cases in the US jumped to a record surpassing 120,000 today which is up from 105,000 new infections from yesterday. Also weighing on oil prices was the now-nearly-dashed hope for a massive U.S. stimulus package as election uncertainty grows on. Also, a potential Democratic President with few Democrats in the House and a Republican Senate may dash the hopes of the stimulus package.

The oil market appears to be turning its attention back to the fundamentals after election jitters. Markets are now looking for clues about demand for any signs from OPEC+ to determine whether the group might tweak their production deal so as not to release a further 2 million bpd on the weak oil market in January.

The current health crisis seems to be taking a major toll on the oil markets as the second wave pushes economies in Europe and around the world back to lockdowns. Futures for the international benchmark Brent and West Texas Intermediate (WTI) lost almost 2% on November 6, 2021. WTI fell below $38 per barrel as Brent kept trading just above $40 per barrel.

Oil plunged for the first time in 4 sessions on November 5. Despite the markets extending these losses at the end of the week, the crude oil contracts still maintain strong weekly gains, with WTI rising considerably almost 7% for the week.

Currently, the negative sentiment on the global energy market was pushed by the growing number of COVID-19 infections; with Europe being the most significant concern as governments have already begun re-imposing strict lockdowns to limit the spread of the virus.

While the United States is also experiencing a steep spike in COVID-19 cases, investors were mainly following the outcome of the closely contested election. Since Monday, stocks have been rallying, but they dropped slightly on Friday. The slide happened when Democratic nominee Joe Biden was reported as winning major battleground states and inching nearer to victory.

Commentators and analysts believe that a Biden victory might weigh on crude since a change of power in Washington may result in a significant easing of pressure on Iran. Iran’s oil industry has been hit by US sanctions during President Trump’s tenure.

Based on expert reports, citing a knowledgeable analyst at Commerzbank, Eugen Weinberg, a Joe Biden presidency may make a significant rapprochement with Tehran highly likely; hence, more crude oil would get into the market. 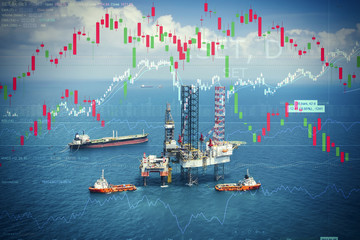 The excess supply has been a major challenge for major global oil producers amid the current health crisis. While trying to balance the market, OPEC+ introduced huge production cuts earlier this year. OPEC+ is made up of the Organization of the Petroleum Exporting Countries (OPEC) together with its allies led by Russia.

All of the signatories of the OPEC+ deal are expected to tone down the caps of 7.7 million barrels per day by almost 2 million BPD from January 2021. Nonetheless, it was earlier published that the alliance may maintain production at current levels after the current deadline expires in case the oil market shows no signs of recovery.

The markets now await significant catalysts to take the course of the next price action.