Oil prices rose slightly on October 8 as oil workers evacuated most of the rigs in the Gulf of Mexico as Hurricane Delta approaches. However, fuel demand worries insisted on fading opportunities for a U.S. economic stimulus deal and a build in U.S. crude inventories. The U.S. West Texas Intermediate (WTI) crude futures gained 3 cents or 0.1% to trade at $39.98 a barrel at 0435 GMT after losing 1.8% on October 7.

Brent crude futures gained 9 cents or 0.2% to trade at $42.08 per barrel after losing 1.6% on Wednesday. Hurricane Delta is predicted to intensify into a Category 3 storm with winds gushing at speeds of up to 120 miles per hour (193 km per hour). By now, oil producers have evacuated 183 offshore facilities and stopped almost 1.5 million barrels per day (BPD) of oil output.

The Gulf of Mexico produced up to 1.65 million BPD in July, as documented by the U.S. government. This region accounts for around 17% of U.S. crude outputs. In the past few months, this region has been hit by multiple storms. Each of these storms managed only to dent oil output briefly.

Hopes for more pick-up in U.S. fuel demand faded as the White House officials repeated on Wednesday that “stimulus negotiations are off” a day after President Trump stopped talks on a wide-spread relief package.

The likelihood that there might not be any forthcoming economic support measures happens as government data on October 7 indicated that oil demand at U.S. refineries in 13.2% lower compared to 2019. This news underscores the drop in fuel demand from the disruptions that were caused by the COVID-19 pandemic.

“A piecemeal approach to U.S. fiscal stimulus is unlikely to alter a deteriorating demand outlook for oil.”

The Energy Information Administration data yesterday showed that the United States gasoline stocks fell more than earlier anticipated in the past week to their lowest since last November. The distillate stockpiles also declined significantly. Nevertheless, the crude oil supplies surged by 501,000 barrels supported by an increase in production and imports. Dhar added:

“As global oil demand falters, there is increasing pressure on global oil supply to adjust lower to keep prices supported.”

He was speaking while forecasting that Brent oil would average $41 per barrel in the current quarter. For now, analysts and commentators seem to have adopted a wait-and-see mode with regards to the approaching Hurricane Delta and the talks about a further US economic stimulus package. 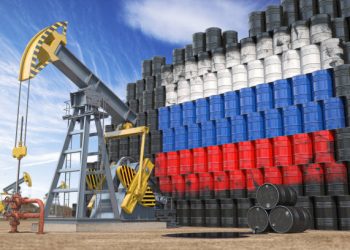