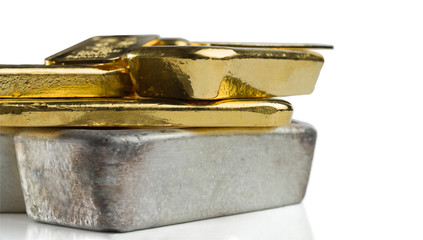 Analysts have been keenly following the gold and silver futures markets since June. Notably, there was a buildup of demand for physical metal against the short futures positions. The past three months have seen a bit of physical metals ‘delivered’ between participants on the COMEX futures market.

So far this year, this exchange has recorded 132,999 contracts of 100 oz gold delivered; with a cumulative value of $25.7 billion. On the other hand, silver deliveries in 2020 have been quite extraordinary with up to 43,798 contracts of 5000 oz silver delivered. All that silver is valued at around $5.8 billion.

These are huge numbers for the lucrative precious metals market which never experiences so much physical settlement in a year. Most of the contracts are rolled into the next open delivery months or even settled for cash. That means participants on the market are aiming to take the metal from the traders and put it into safe storage. 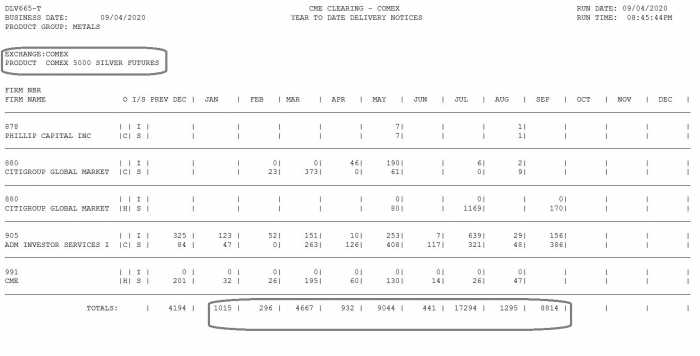 While the numbers of physical deliveries have been quite high in 2020; gold being taken off the market has been a growing trend since the tech crisis that happened in 2000. Most of the gold stored in COMEX is allocated to the ‘eligible’ category. It is vault storage and NOT used in the futures market trading. 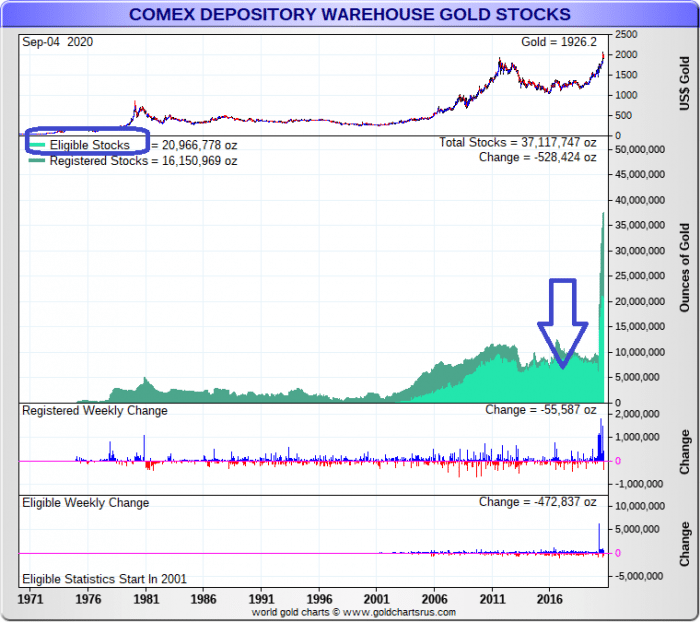 The fact that deliveries have ramped up on the metals is not surprising. It might be that the markets are in a short squeeze in the market for the metals. While the COMEX says that there is enough gold in the registry to satisfy the current deliveries, some anomalies in the data have started coming up and are showing a different picture of the whole scenario.

August 28 was the last day of the month to rollover an existing September contract to the next active contract month in December. CME Group reported open interests of up to 3070 contracts.

Interestingly, no trader is allowed to deliver more contracts of gold ounces in a month for which they have open interests. That is the case since one can only deliver against open contracts. Normally, many contracts are rolled until the last day, and then the rest is settled.

But so far for September, the CME group is reporting up to 3457 contracts posted for delivery. That number is 387 more than the 3070 that should have been available for posting. 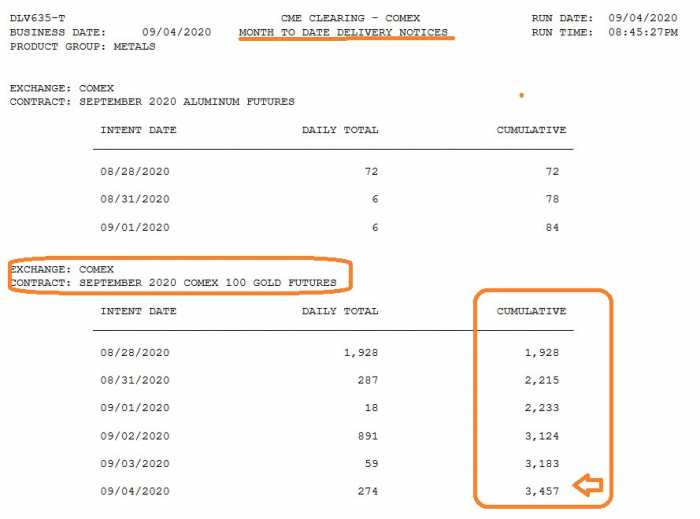 The question comes; what gives on the COMEX? It is not yet clear but it seems suspicious like there is a ‘shadow’ contract that is being presented on COMEX for delivery. Such errors may be forgiven if they miscalculated the amount of paper futures contracts rolling from one month to the next.

Well, not really although it might have less effect on the general price of gold. That happens since the price of gold and silver always follows the direction that physical deliveries take.

That scenario arises since while the COMEX enables as many paper derivative contracts to be placed as bets on the market price; there is a finite amount of the real metals available on the market at any given time. These cannot be printed up at the push of any button on a computer like the paper contracts can be. That has two effects on the market.

First, when the physical deliveries are miscounted; the paper contract derivative trades overstate the near term speculative interest in the metals compared to those who are willing to take ownership. Secondly and most importantly, it overstates the amount of physical metal that is available for delivery; on the futures market for those that desire to take delivery.

It amounts to fraud which is like your bank alleged to have adequate cash for your deposit, and then notified you when you showed up to the bank that you would have to wait for two to three months to get cash.

Since the COMEX has been under extensive review this year; researchers have discovered other discrepancies in the reported contract volume on COMEX. In some cases, the CME Group reported more physical deliveries that day than the number of closed contracts.

That again seems to show that physical gold and silver are being exchanged without closure of a corresponding contract. Does this translate to gold and silver being raided off the COMEX market without any corresponding futures contract settlement? That is a matter for debate since CME Group has never offered the transactional data required to ‘true-up’ from the auditing angle; their aggregate trading volumes. 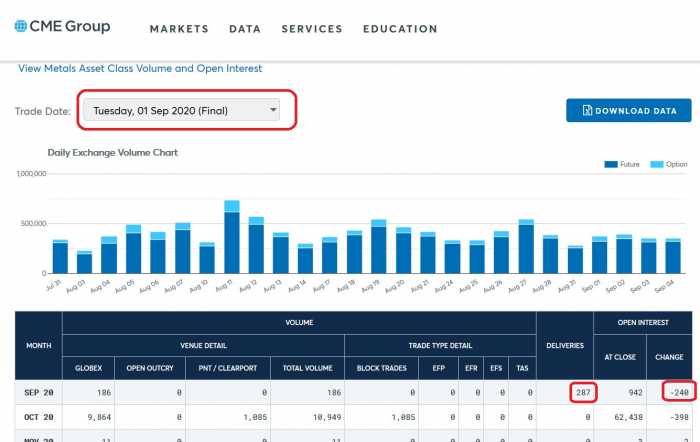 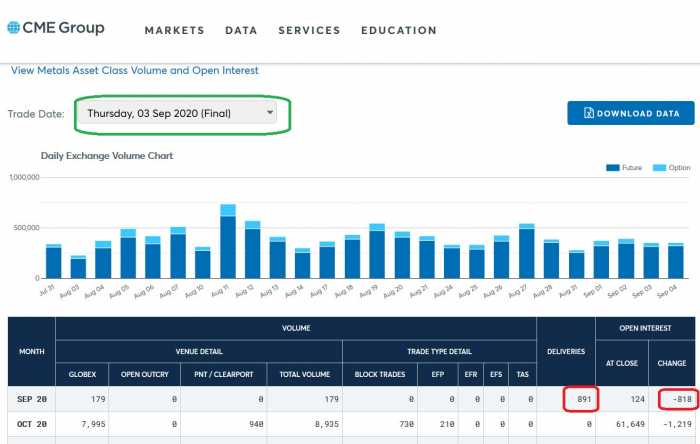 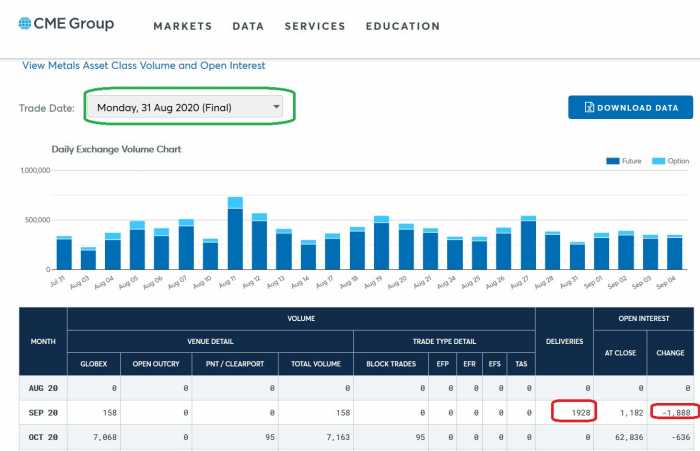 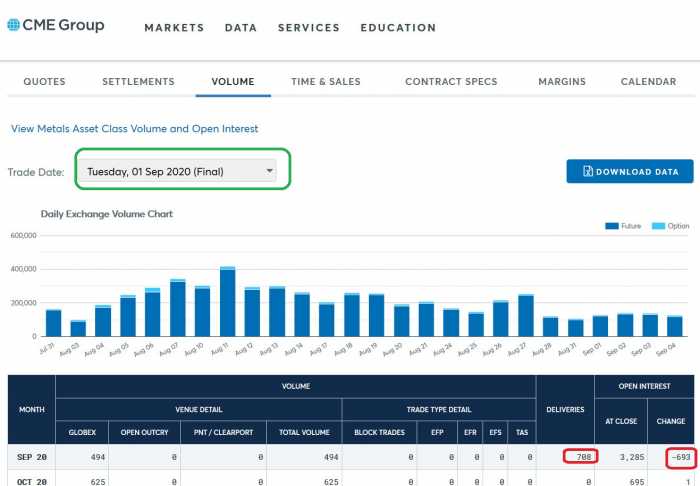 Taking a look at the shadow contracts and the discrepancies in daily contract numbers make people question all gold and silver market data reported by the CME Group for the COMEX market. Nobody knows how long these accounting mistakes have existed. CME reports a number without any audit of the transactional data published to validate its authenticity.

If it is true that the market is misreporting the number of open contracts and the deliveries of physical gold and silver; how will the market participants rely on the data to make viable trading decisions on the futures market?

Just like the case of fearing cash shortages which would cause a huge run on the banking system; fears of precious metals may result in a run on whatever is left in the COMEX stores.

Then, there would be massive changes in the gold and silver prices which would need to be determined off-exchange. These would come from physical market exchanges by large parties ranging from wealthy individuals to banks. It may be quite challenging to pry silver and gold from their current owners if they are not sure the current prices are high enough to properly value them.

What happens to miners? If they lack a legitimate pricing mechanism through the COMEX, how are they expected to forecast metal prices to support their mine business models? There might arise a flurry of independent contract negotiations from the merchants using the metal directly to the miners who are producing it. That scenario will circumvent the entire futures exchange model.

It is yet to be seen how long these issues may persist in the CME futures data reporting. For now, it is becoming clear that the system used in the world to value precious metals may undergo rapid massive changes when the markets discover how unstable the system currently is.