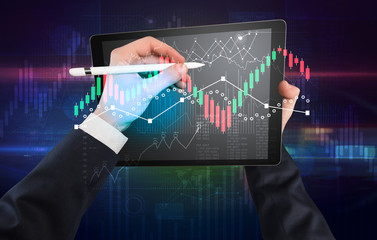 “experienced, local investors, to access the benefits that a stock market can offer to crypto traders; including monitored, regulated, and transparent trading with real-time information and secure settlement via their regular brokers.”

Hany Rashwan, 21Shares’ chief executive, said that Wiener Börse’s listings mean that the Bitcoin ETPs are now accessible to all the three ‘DACH’ nations that include Austria, Germany, and Switzerland.

“We are happy to share that Bitcoin is now accessible everywhere; for both retail as well as institutional investors across the entire DACH region. Outside the DACH region, no other jurisdiction globally provides such comprehensive and ample access to Bitcoin.”

21Shares’ Ethereum and Bitcoin ETPs in July were also admitted to listing on Deutsche Boerse’s XETRA reference market. The market hosts over 90% of German share trades and around 30% of European ETF trading. In less than two years of operation, 21Shares has attracted at least $100 million worth of assets under its management

In another boost to the increasing institutional adoption of cryptocurrency, Singapore Exchange (SGX) said it would list price indexes for ETH and BTC in partnership with CryptoCompare, a U.K.-based crypto data firm.

While these indexes do not allow SGX users to trade cryptos; the price feeds will prove useful for other Singaporean firms seeking to launch ETH or BTC products a method of tracking the price fluctuations of the crypto assets in real-time from a trusted source. Simon Karaban, SGX’s head of index services, stated:

“As the world moves swiftly towards digitization in the creation and accumulation of wealth; digital assets are increasingly being adopted by investors.”