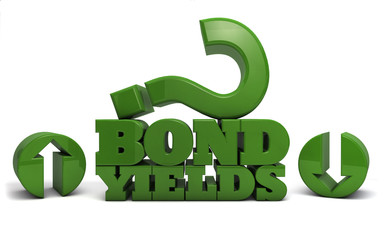 Oil and other fossil fuels have suffered greatly in the past 12 months. The COVID-induced fall in energy demand together with the long-term pressures on the industry have not helped the situation. However, many people now believe that a car provides a safe bubble in the pandemic. This notion has supported a resurgence in sales since most of these vehicles are petrol-powered.

Oil markets are now caught between two notions with one bearish and the other one bullish. Analysts believe that the bulls will win out in the year ahead. If that happens, investors should look for inflation expectations to rise which will send the bond prices lower and the yields higher. 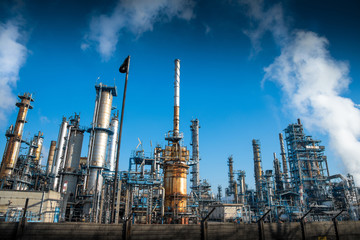 In the last six months, crude oil prices have swung wildly. A major collapse in oil consumption sent the entire market in a deep slump before the biggest producers in the world decided to slash output to rapidly adjust to the new normal. Now, supply and demand have found some equilibrium resulting in a slight rise in the prices of oil.

Rebalancing started in June based on the estimates discovered by Rystad Energy. The traders who were anticipating that move sent Brent prices to almost $45 per barrel which was more than double the April down. But, experts say that if the debt market crumbles, the investors should own oil-related ETFs and stocks.

The world’s largest oil producers may take their time before they fully open the taps. Consumption is still down 10% from the end of last year. However, all that is expected to change as the economic effects of the crisis diminish in the coming year.

A majority of the OPEC watchers have focused majorly on the relationship between Russia and Saudi Arabia. Nonetheless, the behavior of the United States private produces also warrants some monitoring.

By the end of July, American onshore and offshore production was yet to rebound from two-year lows. Notably, the country’s onshore shale drillers can reverse their direction quite rapidly, unlike the offshore regions spread in the Gulf of Mexico.

For now, there is no straight sign of a resurgence in drilling activity in the key shale regions like the Permian formation. That formation covers parts of New Mexico and Texas. Data shows that it produces almost 40% of the total US output. The total number of drilling rigs used in the region has dropped to a four-year low based on the Energy Information Administration. 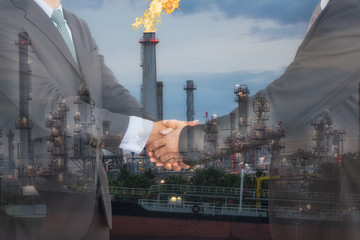 Most of the workers in US oilfield services have moved away leaving the number of employees at the levels seen in 201 according to Rystad. This is a clear indication that supply is not expected to snap back as rapidly as it stopped. US exploration and production firms also have now recorded more debt than ever in their balance sheets.

By the end of July, total borrowing, secured and unsecured, totaled about $170bn, according to Texas law firm Haynes and Boone. That amount is more than double the amount recorded four years ago when the prices of oil were hovering at the same levels. It is highly unlikely that the drillers will support a lot of extra debt since their cash flow mostly has not risen substantially.

The Major Oil And Gas Companies

Everything comes at a time when some of the biggest oil companies globally have promised to cut their capital spending or production which threatens to crimp supply. This week, Saudi Aramco said that Capex will drop by almost 33% this year to save cash.

British Petroleum (BP) predicts less spending and expects its upstream production to fall for the next five years. Recommended The Commodities NoteShale Oil & Gas Fall in the United States gas flaring gives a cause for optimism. 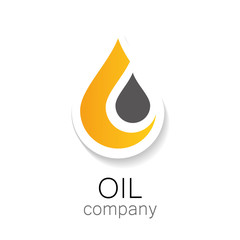 Also, the world’s oil super-majors like Chevron and Royal Dutch Shell have cut the value of the oil and natural gas assets on their balance sheets. That move has led to considerable accounting losses. But a few still expect that crude oil prices will surge in the coming years to reach $60 per barrel.

If oil manages to hit $60, the accompanying surge in inflation should cause the bonds to sell-off. The fixed-coupon bond prices normally plunge when inflation rises and, in turn, yields rise. A similar oil rebound that happened in 2016 preceded a two-year market for bonds.

Ten-year US Treasury yields and those of the German Bunds have now picked up this August. Oil has also been seen to affect inflation disproportionately. Energy has an 8% weighting in the United States consumer price index basket. Thus, the sector’s prices have greater volatility compared to most of the other CPI inputs.

The scenario tends to give the oil a huge impact on that measure of inflation. A 10% spike in the crude oil prices raises inflation indices by 0.5% to 1% subject to the country in question. All that research was done and proven by a recent paper from the International Association for Energy Economics.

If the bond markets break down as a result of resetting the oil price, it might be better to own oil-related exchange-traded funds (ETFs) and stocks instead of those linked with gold which was a recent favorite.

Gold’s price has moved inversely in the recent months with the real US bond yields that turned negative in early 2020. In the scenario that the real yields started to move higher, gold’s impressive run would end. The price of oil will offer a barometer on economic activity. Currently, it is rising.

Has the road to recovery from the aftermath of the COVID-19 pandemic started already? Time will tell.