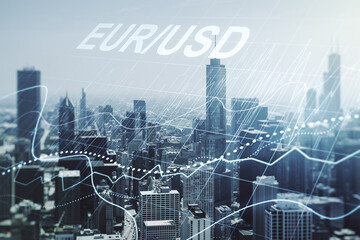 EUR/USD had been in a major bullish rally that took it to a new 27-month high of 1.1915 on August 6. The surge caused the currency pair to pull back to below 1.1800 round number.

Technical indicators lost momentum as the MACD completed a notable bearish crossover with its trigger line. The RSI is currently hovering near the 70 level after failing to build on any positive actions. Notably the 20- and 40-day simple moving averages (SMAs) are still moving upwards.

On the upside, a surge past the 1.1800 level may take the pair back to the 27-month high of 1.1915. If it manages to rally above that line, the 1.2000 psychological level and the 1.2160 – 1.2200 zone may come under threat. These levels are taken from the inside swing lows February and March 2018. But, the EUR/USD pair has been extremely bullish creating seven consecutive green weekly candles. 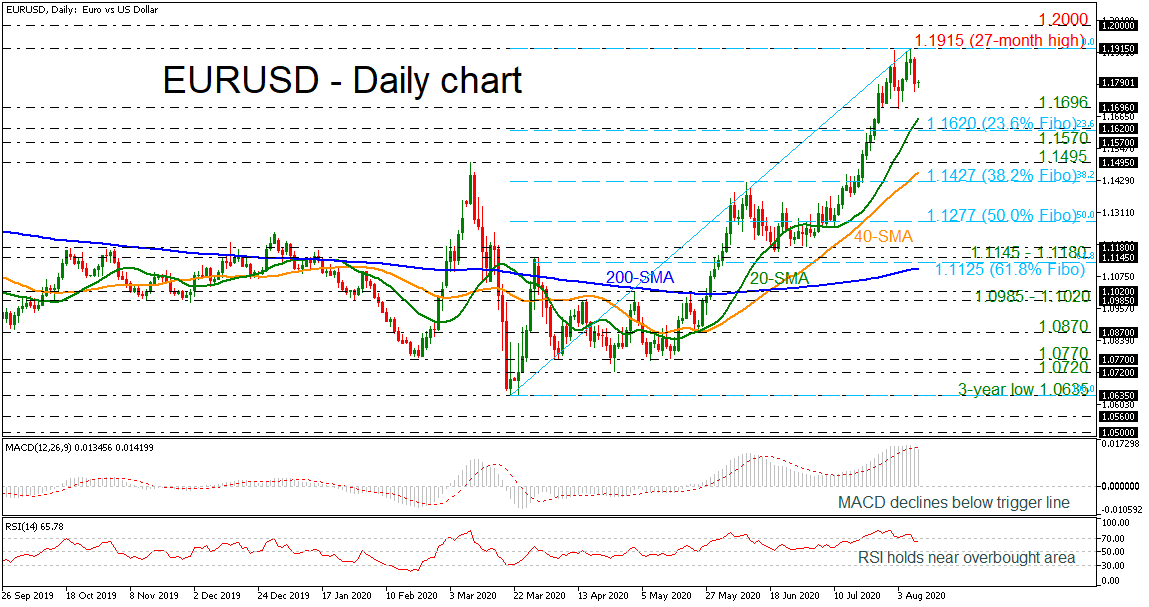 But the bears do not go on vacation in August as the world’s most preferred month for vacations seems volatile for the financial markets. EUR/USD has recently stalled its upward move in what appears to be more than a correction. Here are some of the reasons that may underpin the dollar’s surge.

A Chinese fighter jet crossed the median line of the Taiwan Strait early on August 10 allegedly responding to the US Health Secretary Alex Azar’s visit in Taipei, according to Taiwan’s defense ministry. Any form of American recognition of the island nation that China considers its own angers Beijing.

Tension is growing in Taiwan after the continuing clash around Hong Kong. A prominent Hong-Kong media mogul, Jimmy Lai, got arrested under the new security law that China has now imposed on the city-state. In the past several months, it seems like China is tightening its grip allegedly responding to American sanctions against Hong Kong’s leader, Carrie Lam.

The world’s biggest economies are also clashing on technological fronts, recently TikTok has been in the middle of it. But, the Phase One trade deal remains intact which is what matters the most to the global markets. Negotiators from Washington and Beijing are scheduled to meet later in the week to analyze the achievements of the deal.

Investors are confident that China and the US will stick to this accord but China hinted that the agreement is in danger. Any unprecedented surprises may shake the confidence of investors and, in turn, enhance the safe-haven dollar.

On August 7, talks between Democrats and Republicans on the next US relief package broke down amid several disagreements. President Trump followed that incident with four executive orders among them the announcement of $400/week in federal unemployment benefits. That amount is lower than the $600/week previously given.

It is not clear if the executive orders can withstand court scrutiny since the powers of the purse belong to Congress. Nevertheless, the president’s move was an attempt on his part to break the impasse. Stimulus package talks are expected to resume at some point with the aid provided to the states being one of the issues facing the most contention.

Chances of a large $3 trillion stimulus package which the Democrats aimed for is seen to be diminishing gradually. The current opposition party was already willing to compromise their target and lower it to $2 trillion. But that is still a trillion higher than the $1 trillion frameworks that the ruling party aimed for.

Additionally, the relatively upbeat Non-Farm Payrolls reports indicate a better than expected gain of 1.763million workers in July. That report may lower some of the pressure for urgent decisions to be made. Although it beat the estimates, the speed of job restoration has significantly slowed down and 13 million Americans are still jobless.

One major factor that is seen to propel EUR/USD to the highest levels in over two years was Europe’s better coping with coronavirus. The health crisis flareups appear to remain small although they are less localized than before.

On the flip side, the United States curve appears to have flattened and now leaning lower. The pace of new deaths from the pandemic is also showing some tentative signs of plunging.

The scenario in the US is still worse than in Europe. However, the gap is narrower and may soon weigh on the currency pair. In general, EUR/USD may come under persistent pressure.

The Euro/dollar pair has lost some of its upward momentum based on the 4-hour chart. It fell under the 50 Simple Moving Average and both occurrences are bearish signs. The critical support has formed at 1.17 which is a support line from late July. It also doubles up as the level where the 100 SMA hits the EUR/USD price.

USDCHF Price Is Pulling Back at $0.89 Resistance Level