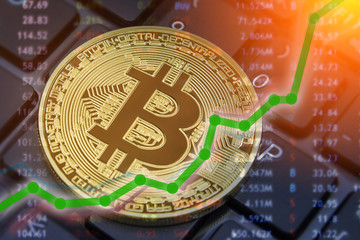 The Bitcoin (BTC) price has successfully tested a new support zone before the weekend. Will it be enough to finally push the cryptocurrency above $12,000? Notably, the token is facing its final resistance zone until the bull market explodes.

Nonetheless, will it break through the resistance zone in one attempt? The data charts indicate that the $11,600-12,000 area is a critical level to break if the price is to continue with its upward trend. The price of the crypto could not break through the resistance zone and a slight plunge happened on August 7 from $11,900 to $11,350, after which the flagship token has managed to recover most of the losses since.

BTC/USD is still fighting around the resistance zone located at $11,800-12,000. However, there is no breakout just yet while precious metals like gold and silver have been showing incredible strength recently.

Collected data in charts show that there is a clear resistance in the $11,800-12,000 area. That is a significant level since it is the last untested level until Bitcoin explodes into the open air. If this resistance zone does not hold, BTC price can rush towards $15,000-16,000. This type of surge will increase the FOMO among the market participants.

But, such a surge is highly unlikely currently since there was a recent breakout at $10,000. In other words, as the price of the flagship token went vertical since it surpassed $9,500 toward $12,000, a breakout that may happen above the resistance becomes less likely since there is no buildup.

Whenever an asset wants to break through such a critical resistance it must test the level many times before it finds a way through it. For instance, the consolidation period that is similar to months after the recent Bitcoin halving resulted in the strength and momentum that eventually pushed the crypto above $10K. Nonetheless, a breakout above the resistance zone at $11,800-12,000 is not entirely disqualified.

As the BTC price plunged from $11,900 to $11,400 last Friday, the previous resistance zone at $11,400 was confirmed as a support level. Such a test is called a support/resistance flip and it is quite common across markets.

Either way, the volatility will kick in after the bitcoin price breaks through any of the two resistance levels. If bitcoin manages to break through the resistance zones, a surge toward $15,000 is likely. But on the other hand, if the crypto loses $11,300, a drop towards $10,700 will be tested.

The cumulative market capitalization of cryptocurrency is facing considerable resistance, confluent with the resistance of BTC with $350 billion being the last major hurdle before a move of 30% to hit $500 billion can occur.

Available data indicates that the total market cap is still acting above the 100-day and 200-day moving averages (MAs). That is a critical signal for bull markets. In the case that the market cap moves above these Mas. The market will officially enter the bull territory and dips will be perfect buying opportunities.

Importantly, the previous resistance zone located at $290 billion is the critical level to hold. As long as the total market cap of crypto remains above $290 billion, further upward momentum is probable.

Breaking the psychological $12,000 level supports the bullish scenario. In the case that the resistance area finally breaks as resistance, $15,000 then becomes a target for the bitcoin bulls.

Nevertheless, a strong breakout through the $12,000 zone can just be confirmed with a support/resistance flip. That would suggest that buyers are stepping in as the previous resistance transforms into the new support.

The bearish scenario means that $12,000 was not breached. If that resistance continues to hold, a renewed range-bound ecosystem will likely happen in the coming weeks. Another postulation can be seen in the forex markets.

The recent breakout of Bitcoin happened while the EUR/USD broke upwards from 1.14 to 1.19. That breakout led to a plunge and a slight devaluation of the USD against other major currencies. This triggered the massive breakouts in gold, bitcoin, and silver prices.

In the case that the EUR/USD starts to correct from 1.19 to the lower numbers, the dollar will be strengthening. This type of relief bounce will most probably result in a further corrective movement on the commodity and crypto markets which will lead toward the scenario that is described above.

Experts say that a range-bound period would not be bad for the markets. But, as altcoins have been doing relatively well in these times. If the price of bitcoin begins to correct, the focus may once again shift to altcoins.