Oil Surges After US Crude And Gasoline Inventories Plunge 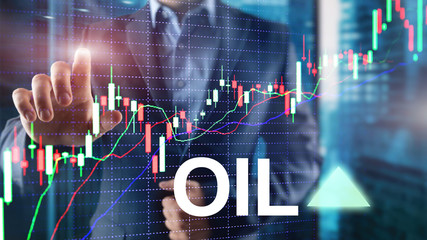 Oil futures posted significant gains on August 5, 2020 morning. The prices hit a five-month high after data from an industry trade group indicated that there were large drops in US stockpiles of crude and gasoline.

On August 4, the American Petroleum Institute said that the US crude oil inventories dropped by 8.6 million barrels last week according to official sources. The industry trade group said that gasoline stocks fell by around 1.7 million barrels while the distillate supplies gained 3.8 million barrels. The Energy Information Administration’s keenly scrutinized inventories report due August 5.

Experts Have A Say

Experts and analysts said that a further drop in crude and gasoline stocks may help enhance optimism over demand. The analysis surveyed by S&P Global Platts, on average, look for EIA crude inventories. It showed a drop of 4.1 million barrels while the gasoline stocks are predicted to decline up to 1.3 million barrels. Distillate supplies are seen surging by about 100,000 barrels.

Nonetheless, some market watchers warned that the upbeat expectations reflected by the crude rally may be premature. A commodity analyst at Commerzbank, Eugen Weinberg, said in a note:

“Though fears of weak demand due to corona are beginning to recede into the background at present; we believe the optimism displayed by oil market participants and oil prices themselves to be excessive. OPEC’s premature expansion of production and the fact that demand remains fairly weak argue against any further price rise.”

OPEC+ agreed to cut output by 9.7 million barrels daily starting May, easing to 7.7 million barrels a day in August and running through the end of the year. The countries that exceeded the earlier cuts are expected to further curtail output.

It means that the output is targeted to increase by almost 1.5 million barrels a day starting this August. However, skeptics doubt that past violators of these agreements will fully comply. Crude oil’s rally was also in tune with gains for stocks; with the United States equities on track to achieve solidly higher open.