Russia Targets $1.9 Billion In Taxes From Oil Over The Next 2 Years 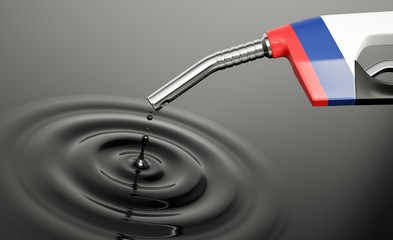 On August 3, Russia’s finance ministry announced that it targets to get up to US$1.93 billion (143 billion Russia rubles) in taxes from the oil sector in the next 24 months. The recent oil price crash has significantly shrunk Russia’s primary revenue stream which originates from oil.

Based on a document acquired from a Russian government site, Reuters cited that the finance ministry aims to get additional tax proceeds by amending the tax code and the recently implemented profit-based tax.

The government together with the Russian oil industry are looking to be heading for a dispute over the proposed tax amendments. The Russian business daily Kommersant reported these developments on Monday citing multiple sources familiar with the matter. According to those sources, the proposal, if passed into law, will negatively affect Gazprom Neft, the oil segment of gas giant Gazprom, and Rosneft, the largest oil producer in Russia.

Profit-based taxes were introduced as an experiment last year. This strategy has led to the Russian budget not getting US$2.9 billion (213 billion rubles). Russian firms strongly disagree that they should repay that money under a new tax amendment. Kommersant reported that this matter could be escalated to President Vladimir Putin.

The probable changes to the tax code would be quite harmful to the fundamentals of Russia’s oil sector; as explained by VTB Capital. Today, Russia’s economy is suffering the aftermath of the oil price crash that it helped create with its rift with its OPEC+ partner, Saudi Arabia, in March.

Russian ruble crashed. In that context, Russia’s oil income shrank due to the plunge in oil prices. The oil price crash together with the coronavirus-driven global recession; will eventually lead to Russia’s economy shrinking this year by about 6%. That is the biggest shrink in 11 years according to the latest economic report on Russia by the World Bank.

For now, Russia is allegedly considering whether to go ahead and adopt a kind of state oil hedging program; that resembles Mexico’s oil hedge. The move will aim to protect government revenues from oil price crashes in the future.