A Gold Price Bloom May Spell Doom For Oil 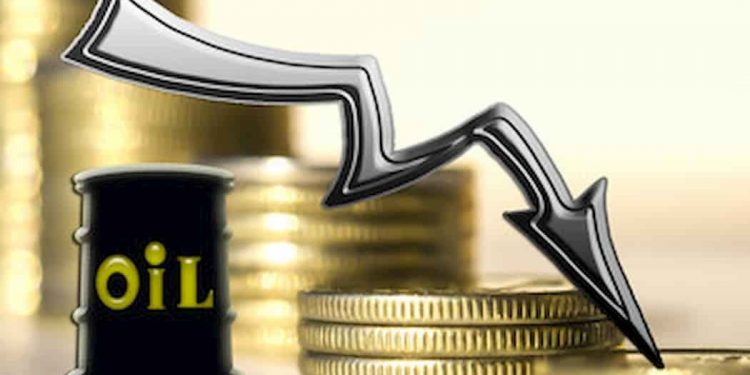 The world may soon return to an international gold standard as a result of a mega project that European central banks have been preparing quietly for many years. This July, Seeking Alpha reported that:

“Since the 1970s, policies that paved the way for an equitable and durable monetary system have gradually been implemented.”

That may lead the world closer to having the ability to reinstate the classic and previously popular gold standard. Most of the European Central Banks forecasted around 50 years ago that what is happening currently would happen in the international monetary system. Jan Nieuwenhuijs wrote for Seeking Alpha:

“the current fiat system is on the decline, and “unconventional monetary policy has entered a dead-end street and can’t reverse.”

The international gold standard disappeared permanently in 1971. That was around the same time when the European Central banks began working on a contingency plan aiming to bring it back if and when it would prove necessary. Nieuwenhuijs wrote:

“Sentiment in Europe, however, was to counter dollar dominance and slowly prepare a new arrangement. Currently, central banks in Europe are signaling that a new system that incorporates gold is approaching. As such, Europe has equalized official gold reserves internationally, strategically allocated their gold, upgraded their gold to current industry standards, and are now promoting gold as the ‘perfect piggybank’ and as ‘protection against high inflation.’”

The movement to buck dollar dominance and hegemony is not restricted to Europe. Malaysian officials and the Shanghai Gold Exchange (SGE) president have publicly supported shifting away from the US Dollar and back to gold.

The Revival Of Gold Standard

Today, the revitalization of and the renewed faith in the gold standard appears to have also spread in the energy sector. Morgan Stanley analysts have stated that they believe that the ratio between gold and oil, two of the most followed commodities globally, is worth highlighting.

According to them, the golden ratio could and should be of major interest to people who seek a crystal ball for oil price futures. Nevertheless, Morgan Stanley hedges this assertion explaining that these practices also have their shortcomings. Morgan Stanley’s Martijn Rats and Amy Sergeant said last week:

“The oil-gold ratio has historically been a poor indicator of future oil prices. However, it is interesting at its extremes.”

“crude futures tend to be supported during periods of high inflation, while gold is traditionally used as a hedge against inflation. This positive correlation has often meant higher oil prices have coincided with higher gold prices, although one does not directly impact the other.”

Thus, the ratio between gold and oil becomes quite important when determining how many oil barrels are equal to the value of an ounce of gold.

So far, it is evident that oil has been having a historically bad year. After oil demand was hit by a severe lack of demand due to the rapid spread of COVID-19, the oil industry’s woes were compounded by a spat. That soon developed into an all-out price war between Russia and Saudi Arabia. Both countries are members of OPEC+.

The result of that price war was a massive oil glut that rapidly filled the world’s oil storage to maximum capacity. That oversupply resulted in an extent that storing oil became more expensive than owning it. It caused the West Texas Intermediate crude benchmark to drop below zero for the first time in its history. The drop happened on April 20 and it ended the day at a previously unthinkable negative $37.63 per barrel.

It is a rough year for the international Brent crude benchmark although it never tasted the negative territory. Reliable reports stated:

Due to that, the US bank said that the oil-gold ratio was currently trading in its 99ths percentile since 1980. That happened despite recovering from a more than 40-year low in late April.