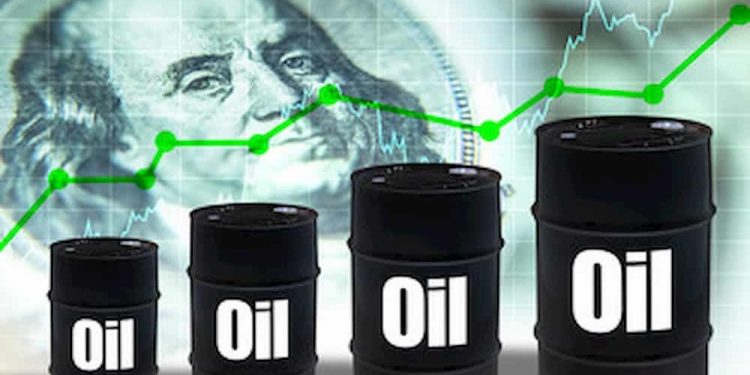 On June 7, the crude oil futures were volatile but tilting higher after OPEC+ nations agreed on June 6 to extend a production cut to almost 10 million barrels per day through the end of July.

Both grades of oil finished the last week’s trade at their highest levels since March 6. They recorded a sixth continuous weekly gain while anticipating the pact that would come during the weekend from the major oil-producing and exporting nations.

The Organization of the Petroleum Exporting Countries, in conjunction with other big oil producers worldwide (OPEC+), met through a videoconference. In that meeting, they adopted measures aiming to cut the excess oil production suppressing prices as the global aviation industry remains generally grounded as a result of the coronavirus pandemic.

That curbed output represents around 10% of the entire world’s general supply. Markets had thought and hoped that the alliance of the crude producers could strike an accord; to extend a cut of output that would have started to taper in July.

The producers agreed to keep supply low for another month as the crude sector encounters a pandemic that sent most of the world headed into a recession. A recession is an economic backdrop that is quite bearish for oil uptake. The global chief market strategist at AxiCorp, Stephen Innes, wrote in his daily research note:

“Although the whole OPEC/OPEC+ meeting build-up is always a messy process and more public than it probably needs to be, at the end of the day, the market is pleased more crude oil is off the market than the scheduled 7.7Mbd (down from 9.7Mbd) from July 1.”

Originally in April, OPEC+ had agreed to cut oil supply by 9.7 million barrels per day in May-June to prop up the prices that imploded as a result of the coronavirus pandemic. The cuts were due to reduce to 7.7 million bpd from July to December. These cuts are scheduled for review every month, with the next meeting expected to happen on June 18.

Analysts Have Their Say On Oil Futures

Goldman Sachs said thatthe limited scope of the extension indicates that there is a shift in strategy for most of the major OPEC producers that may be working on reining in the United States oil production. Damien Courvalin, Callum Bruce and Jeff Currie, commodity analysts at Goldman Sachs, wrote before the OPEC deal:

“By targeting normalized inventories without committing to an extended cut that would benefit long-term and high-cost producers; we believe that OPEC remains focused on sustainably increasing revenues through a combination of higher prices and a higher market share.”

Reuters published that Saudi Arabia steeply raised its monthly crude oil prices for July. Nonetheless, compliance with the OPEC deal that was a significant point going into the gathering remains a pertinent issue; according to experts. Reuters quoted Helima Croft:

“While the errant producers such as Iraq and Nigeria have vowed to reach 100% conformity and compensate for prior underperformance; we still think they will likely continue to have some commitment issues throughout the summer.”

In the meantime, the US oil sector may face some pressure from the North American shale-oil producers. The pressure may come if the US responds to the partial recovery in crude oil prices by quickly ramping up their output when the oil uptake may taper for season reasons.