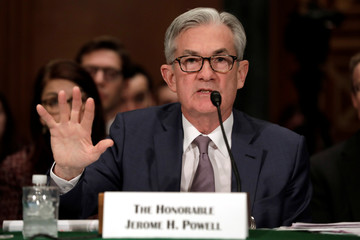 Jerome Powell, the Fed Chair, said that the bank has flooded the US economy with money and would continue lending programs as long as it is necessary. The Fed Chair was speaking about the various measures taken during the recent financial crisis. Many spectators on Twitter viewed his remarks as evidence of the need for cryptocurrency.

During a May 17 interview on 60 Minutes, Jerome told news anchor Scott Pelley that the Fed had flooded the economy with money that was printed to respond to the Dow Jones falling in March. Also, the money was printed to lure back investors who were turning away from U.S. Treasuries.

The Fed can print US dollars digitally in addition to creating physical bills according to Powell:

“As a central bank, we can create money digitally. And we do that by buying Treasury Bills or bonds for other government-guaranteed securities. And that increases the money supply. We also print actual currency and we distribute that through the Federal Reserve banks.”

When asked by Pelley whether the Federal Reserve can do more during this pandemic, Powell said that it was “not out of ammunition by a long shot.” He added that the bank would enlarge its existing lending programs as long as it is necessary.

Does This Prove The Need For Bitcoin?

Most members of the crypto Twitter community were quick to feed on the Fed Chair’s remarks. Podcaster Marty Bent has a say in this matter explaining that such inflationary measures like “[flooding] the system with money” were harder to happen with crypto like Bitcoin (BTC).

“We print it digitally.”

The “we” here is five people voting on changes to monetary policy within the Federal Reserve system during FOMC meetings.

Much harder with bitcoin.

Others like crypto enthusiast Nick Chong went straight to the point: