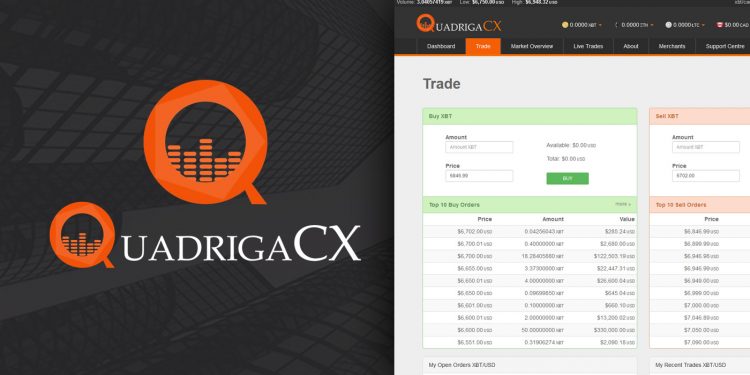 On Tuesday, Ernst & Young (EY), the court-appointed bankruptcy monitor for QuadrigaCX, published a document. This document detailed that a staggering 16,959 individuals have claimed assets from the QuadrigaCX crypto exchange. QuadrigaCX has now been defunct, and its creditors are scrambling to recoup their losses.

Converting Everything To CAD Before Distribution

The former users of QuadrigaCX have started to file claims for the various forms of digital assets it traded-in. This includes Bitcoin, Bitcoin Gold, Bitcoin Cash, Bitcoin SV, as well as Litecoin, Ethereum, and both Canadian and US dollars.

The audit firm went into detail as to how it will distribute the funds back to the creditors. First, they will convert all assets into CAD, then allocate the funding to them. As it stands now, however, it’s not entirely clear as to how the firms will value the digital currencies held by the exchange.

When one takes into consideration that the recovered crypto’s fiat valuation can fluctuate, the claims that the former users had filed could vary in value. These claims could be valued between anything from $167 million to $300 million, which is concerning for the creditors, no doubt.

Originally, EY had asked the affected users to file in claims and to do so by the 31st of August, 2019, at the latest. However, the firm had subsequently clarified that there is no set deadline for the claims in general, and will accept requests for claims even now.

Furthermore, the firm had revealed that it’s still in the process of revision of the filled claims, notifying about the various technical deficiencies in regards to many of these requests. As FY explained, many of these claims entail requested amounts that don’t match the registered figures within their respective accounts when one looks at the database of the exchange itself.

As it stands now, the Canadian tax authorities have started to probe the crumbled exchange due to it failing to pay the various corporate taxes. As such, FY had urged the authorities to file a claim themselves before the distribution of any funds to the affected creditors.

EY explained that Quadriga had failed to file any form of tax returns throughout its course of business. As such, the amount of tax liabilities isn’t known at the time, according to EY. EY explained that a tax claim from the CRA is needed before FY starts declaring any form of distribution to the users affected by Quadriga’s bankruptcy. This is due to the fact that tax claims are valued in equal footing to unsecured claims of the affected users.