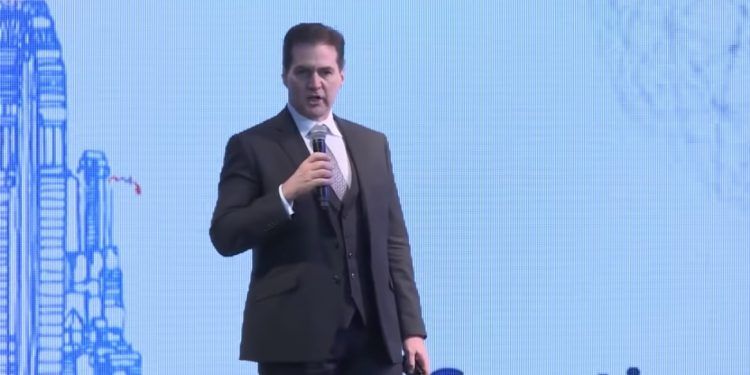 Many Bitcoin halving predictions are yet to come true. Among them is Satoshi claimant Dr. Craig Wright’s ‘long term advance notice’ from 2018. Back then, he threatened that he would crash the Bitcoin price. That warning came from a Slack group that Wright frequently uses to communicate with his supporters and acolytes. That absurd scheme makes for exciting reading.

Craig’s selloff threat came just before the much-hyped fork of the Bitcoin Cash (BCH) blockchain to create his Bitcoin SV (BSV). Even though some of his true believers clearly relished the prospect of these events happening, many dismissed it at the time as typical Wright rant, braggadocio, and self-promotion.

The sale would comprise a rolling iceberg order on a single exchange, which would then be followed by considerable orders on other exchanges, according to Wright. The Iceberg orders are split into smaller lots. These lots have visible and hidden parts, with the unknown parts only becoming visible after the visible parts are executed.

That selloff was intended to majorly crash BTC price and get matched with a 10x leveraged short to capitalize on this. Concurrently, Wright planned to throttle network hash, which would then reject all transactions other than “unrecognized SegWit TXs to miners and our own Exchange TXs.”

That was to happen through the addition of 51% of network hash-power before the price crash. But, no further details of how the crash would happen were provided.

Based on previous reports, Bitcoin’s third halving happened as scheduled. So far, everything has happened as forecasted apart from the vague sense of disappointment from underwhelmed hodlers.

The hash rate has so far been mostly unaffected. Unless Craig was behind the weekend’s abrupt Bitcoin price drop, then it can be assumed that the halving that he is planning to execute his plan on could be the one expected to come in 2024. Everyone can breathe easily for now until 2024.