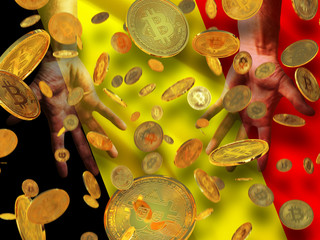 Belgium’s economic inspectorate said that investors lost about $3.2 million due to crypto fraud in 2019. Globally, losses arising from crypto fraud and theft increased massively last year almost doubling from 2018. Despite a lot of efforts to tackle the fraudulent crypto activities, countries and jurisdictions like Belgium continued to suffer huge losses to the crypto fraudsters.

Belgium’s economic inspectorate reported 2.94 million euros ($3.2 million) in losses due to the criminal elements according to a May 8 report by Belgian newspaper De Tijd.

Recent data and figures indicate that the number of crypto fraud cases in Belgium has been surging recently. In 2018, Belgian’s Federal Public Service dubbed FPS Economy reported about $2.5 million losses to the crypto frauds in the country.

Furthermore, the growing numbers are mainly “just the tip of the iceberg” since most of the fraud cases remain unreported. Belgium’s minister of economy and consumer affairs, Nathalie Muylle, said that real losses were more than $3.2 million. He added:

“The amounts are not always communicated by reporters.”

But previous reports suggest that Belgian authorities are convinced that the local investors lose over $150 million to scam schemes annually.

The country has already taken various preventive measures to fight crypto scams according to Muylle. For now, prosecution measures are still largely undecided. Last year, the economic inspectorate allegedly sent a query linked to this matter to the public prosecutor’s office for fraud. It is still awaiting a decision.

Belgian authorities have taken many measures to combat the challenge in recent years. Last February, Belgium’s Financial Services and Markets Authority, or FSMA, blacklisted several crypto-related fraudulent sites. In the past, FPS Economy launched a website to raise awareness of the risks associated with investments in cryptocurrency.

In the meantime, the crypto sector remains majorly unregulated in Belgium up to today. FSMA chairman Jean-Paul Servais urged the Senate in February 2020 to set up a:

“legal framework for the sale, purchase, and use of virtual currencies and all related financial products.”

The official said that illegal activities in the market will continue to affect investors in the case that the industry remains unregulated.