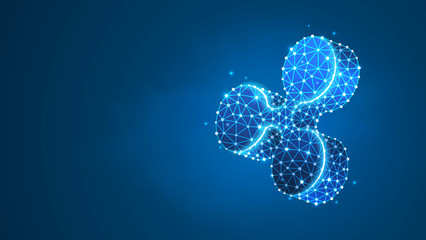 The crypto market is experiencing volatility, as Bitcoin strives to decouple from the traditional markets. Proponents are convinced that the flagship token will soon become a haven asset to salvage investors’ portfolios in times of economic crisis. While Bitcoin is currently showing weakness with a retracement from $7,500 to $6,900, XRP is remaining relatively stable.

But, it is not just XRP, which is remaining relatively stable against Bitcoin, but Stellar Lumen (XLM) is also showing some strength. Is it possible that the inverse correlation is back?

XRP Surges Above The Critical Level On the Bitcoin Pair

The red zone is a critical level for XRP to reclaim and sustain a bullish momentum. Notably, the price was not allowed to drop below the 0.00002360 satoshis monthly level that has held as Support. A breakout that occurred above the 0.00002500-0.00002550 satoshis level was critical for the bulls to take control of the market.

That presented the first step for some momentum on the chart. The next important step would be a successful support test of the red zone. If any form of test confirms the support level in this area, any further upwards momentum is likely to occur.

In general, many altcoins show a similar structure. The XRP price is bound in a sideways range oscillating between 0.00002350 satoshis and 0.00003300/0.00003800 satoshis. It has remained in this region for the last ten months. Interestingly, the XRP price against BTC price is on the same level as it was a month ago before the massive crash of Bitcoin happened.

Since the price is stabilizing and not being affected by Bitcoin movements, it suggests that XRP is gaining strength, and a bottom might be forming. The experienced investors might remember gold in the old days when XRP had an inverse correlation with BTC. The moment BTC started dropping, XRP started to bounce up in the BTC pair, indicating some strength.

The inverse correlation might now be back and may become apparent in the coming weeks when and if Bitcoin continues with its retracement.

The USDT pair had encountered some resistance, which had been the last support level before Bitcoin imploded. This level is found around $0.20-0.22. For the bulls to return, reclaiming that level is necessary to create a solid floor for a rise towards $0.28-0.30 as the next resistances.

Nevertheless, claiming the previous Support at around $0.1775 would also be a bullish confirmation for an upward trend. That region is comparable with the area around $6,750-6,800 for Bitcoin. However, losing the green zone would suggest that XRP might test the support levels from beginning March again, as it is seen in the chart below.

According to the chart, the $0.145 area is a crucial level to hold for XRP crypto. If it loses that level, no significant support exists until the $0.06 zone representing a 60% drop. Any such plunge would put XRP investors in a depression mode.

XLM is Another Crypto To Review

Stellar Lumens (XLM) is quite similar and has followed XRP’s footsteps historically. Whenever XRP moves, XLM follows. The XLM chart shows a similar structure to that of XRP. It has followed the same trend for over a year, with major support developed at 0.00000550-0.00000610 satoshis.

It is not a wonder that XLM is holding up steadily against BTC pair despite the significant drop of Bitcoin recently. The XLM/BTC pair remains the same as it was a month ago before Bitcoin plunged on March 12. If XLM holds the support at around 0.00000600 satoshis, a new major surge could happen towards the range highs.

Stellar Lumens Must Claim $0.04 as Support

The XLM/USDT chart indicates a clear rejection happened at the resistance of $0.0538, indicating that lower levels have to be tested to confirm support levels. The area to look at is around $0.04-0.0425. Maintaining there would prove a support/resistance flip enabling it to reclaim previous support.

Such a support/resistance flip is what the traders should be looking for, and it could give perspectives towards the next resistance near the $0.075-0.095 area. That zone is the next critical level to watch for. Any form of a breakout above there would offer a higher high, and a probable bull market movement might arise.

Nevertheless, losing the green zone might give the coin more downwards pressure towards the lows of about $0.03. That would put investors for XLM in a severe depression as well.