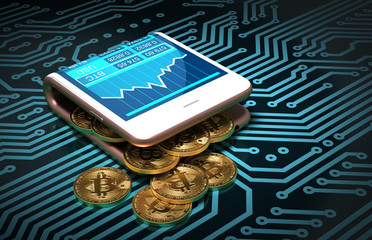 The multi-signature non-custodial wallet known as Civic Wallet now comes with a $1,000,000 guarantee provided by Coincover. Civic Technologies has been known in the entire crypto space as one of the leading providers of decentralized identity. It is now allegedly the first company to provide its users with a non-custodial wallet with $1M protection. For now, the wallet is in private beta.

“This is the first time that both technical and non-technical users can feel safe about their holdings. Until now, people had to keep their coins in the cold storage, but now they don’t have to worry about it as their holdings are insured up to $1,000,000 just like a bank account with the FDIC.”

“Coincover is not an insurance company, we like to think of ourselves as ‘protection and security company for cryptocurrency’, for the insurance, we work with Lloyd’s of London underwriters.”

Since it is a multi-signature wallet, one key is stored by the user. The other is stored by the custodian BitGo; the third key is stored by Civic but will, in the end, migrate to Coincover. One of the key benefits of this insurance is that; in case Civic goes under, users will not lose their coins, according to Lingham.

Another key benefit is the ability of legal heirs to recover the funds using Coincover. Currently, the coverage is just available to US residents. But officials say that in the future, it will be extended worldwide. It will comprise of all the coins that are supported on BitGo.

Lingham also mentioned that the coverage is free. However, in the future, Civic may begin charging a fee on the accounts that have more than $1,000,000 worth of Crypto.

The Civic Wallet users are compelled to still abide by strict Know Your Customer needs. they do so by supplying their government-issued documents for identification purposes. Also, they will have to subject their visage to facial recognition software. Furthermore, users can connect their bank accounts and purchase Crypto without leaving the wallet.

As the wallets that have higher amounts of Crypto continue to increase in number, an insurance policy could not have come at a better time.