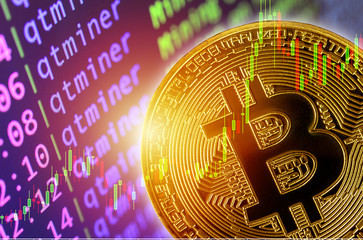 The bitcoin market space is becoming more interesting as the halving event draws closer. The latest reports reveal that Bitcoin has hit a new all-time high in matters of hash rate. All this has happened despite the BTC price plunging almost 12% in the past week, as data reveals.

The metric was hovering around its highest value ever as of March 1, according to multiple sources tracking hash rate growth on the Bitcoin network.

By description, the hash rate is the combined computing power that crypto miners are dedicating to the authentication of transactions on the Bitcoin blockchain. The higher the value of this rate, the more power there is. The latest developments suggest that the miners are confident that they will gain some profits from mining.

Moreover, it shows that miners have an increasing desire to enhance network security. Data obtained from Bitinfocharts put Bitcoin’s hash rate at just above 120 quintillion hashes per second on March 1. That is the latest day for which definite figures are available.

On the other hand, wallet provider Blockchain put that figure at almost 140 quintillion hashes per second. This resource put the figure higher after picking up a spike in activity last weekend. Hash rate tools can only estimate activity in a given network. Last year, what most people believed was an abrupt drop in hash rate turns out not as miners exiting Bitcoin as it was previously reported.

In May 2020, when the bitcoin rewarding will drop from 12.5 BTC to 6.25 BTC, there are high expectations that increased competition will enhance the hash rate further. The analyst who developed the highly-accurate stock-to-flow (S2F) price forecasting model for Bitcoin, PlanB, recently reinforced his confidence in the theory.

According to him, the 2020 halving event will create similar effects to the 2012 and 2016 events. In both cases, there was a catalytic impact on the hash rate, difficulty, and price.