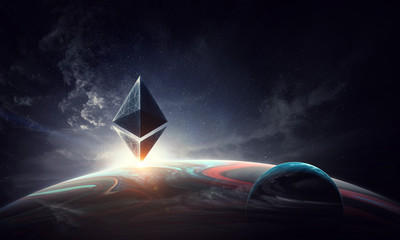 The latest reports reveal that opposition continues to increase against the execution of the controversial Programmatic Proof-of-Work (ProgPoW) proposal in the Ethereum community. By description, ProgPoW is an ASIC-resistant PoW algorithm. It is designed in a manner that it will eventually replace the current hashing algorithm for the platform, ETHhash.

Initially introduced two years ago, it abruptly reemerged as a solid plan designed for the middle of 2021 after a call of core developers on February 21. Five days later, on February 26, the leading stakeholders filed a petition on Github. They did so to express their disapproval with the decision to introduce ProgPoW.

The petition, authored by ETHBoston Organizer Justin Leroux, alleges that the change does not have any community support:

“Because Ethereum is a global platform with a large and diverse group of stakeholders; it is critical that major changes to the protocol have a clear purpose and broad support. EIP-1057 clearly lacks that support, yet activation is still being considered.”

Uniswap and DARMA Capital join in

This petition is signed by at least 70 people. Among them being the CEO and founder of Uniswap, Hayden Adams, the CEO of Truffle Suite, Tim Coulter, and co-founder of DARMA Capital, Andrew Keys.

“Changing the Eth1 hashing algorithm at this point in Ethereum’s evolution sows community division and introduces technical risk at a time when efforts and attention should be focused elsewhere.”

ProgPoW is described as a version of the proof-of-work (PoW) algorithm. It is designed to smooth the transition of the Ethereum network to proof-of-stake (PoS). It is also designed to eliminate the gap in efficiency between graphics processing units (GPU) and Ethereum ASIC miners.

Hence, it is meant to protect the Ethereum network against the monopoly of the ASIC hardware manufacturers. All the supporters of ProgPow think that the change could avert a miner-led fork in months that lead up to the Proof of Stake. Nevertheless, the opponents say that the exact opposite could happen. The petition states:

“A stated goal of ProgPoW is to avoid contentious forks while transitioning to proof-of-stake, yet it is at odds with its aims if activation increases the likelihood of that undesired outcome.”

Ethereum plans to shift away from the proof-of-work consensus towards proof-of-stake later. It will achieve that with the launch of the first phase of ETH 2.0 in mid-2020.