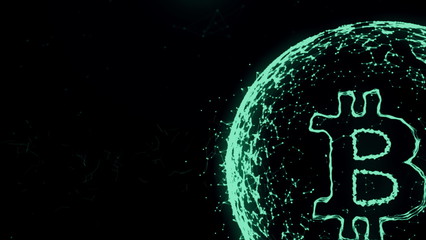 Socios confirmed that it is continuing to review different crypto and non-crypto partners ahead of this product’s launch before deciding on who the card issuer will be. Socios CEO Alexandre Dreyfus explained that the firm had previously been contacted and engaging with various partner firms of MasterCard and Visa.

Socios manages and operates a crypto fan token ecosystem, as previously reported. This ecosystem consists of a blockchain-based mobile app and a tokenized voting platform. This venture is operated by a sports blockchain firm called Chiliz that counts the backing of high profile crypto industry players and operators like OK Blockchain Capital and Binance.

Tokens ($CHZ) are used to efficiently drive fan engagement by conferring most of the voting rights in polls. Moreover, this strategy will grant holders access to rewards, merchandise, and games.

As the platform evolves, Socios has now integrated a functional blockchain-based global ID number that is used for the Socios mobile app. This number also serves as a Know Your Customer (KYC) identity tool. Dreyfus explained:

“One of the most important developments for us will be the ID on the blockchain, and this could be critical in the next years with sports events that need to check your ID.”

After the product is launched, the new prepaid card will comprise of the blockchain ID, and it will link directly to users’ wallets. The linking will enable users to spend $CHZ and all other currencies available on the platform. It is not yet clear which currencies will be supported on the platform, whether cryptos or fiats.

Official reports state that the prepaid card will also serve as a membership card. Thus, it can be used to redeem blockchain rewards, regular payments, and access to a variety of offers and discounts.

Socios announced that it plans to follow up on this prepaid version with a fully-operational live debit card this summer. The rollout is planned to reach the European market first before heading to Latin America, Turkey, and Asia.

The space of the crypto debit cards continues to diversify continuously with US-based Coinbase crypto exchange recently announcing its prime membership of Visa. Now, the pitch of a more flexible and familiar “legacy” interface for accessing cryptocurrency holdings is growing rapidly.

The growth and spread of tokenization into mass industries like soccer and Coinbase’s, Socios’ together with crypto debit cards shows that the once-niche blockchain sphere is making headway with strong popularization efforts.

Recently while speaking in an interview, Dreyfus said that there is a 3.5 billion soccer fan base worldwide. The fan base acts as a powerful attraction for the firm to unveil its fan-focused tokenization drive. Earlier this February, Chiliz also announced a partnership with major marketing agency Lagardere Sports and Entertainment. That partnership came as part of a bid to spread its blockchain fan engagement ecosystem to the entire United States.