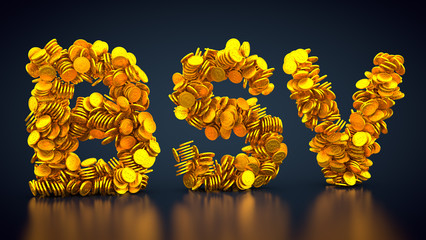 Jimmy Wales, the Wikipedia co-founder, has insisted that Bitcoin SV (BSV) does not offer anything for Wikipedia. Wales was speaking after the team behind the CoinGeek London conference announced his participation as a keynote speaker. The conference promotes Bitcoin SV to stakeholders

“Until the emergence of Bitcoin SV (BSV) to reclaim Bitcoin’s original design, no blockchain had the scalability to power micropayments to efficiently reward better user information and handle the staggering amount of data Wikipedia carries.”

But, Wales responded with a tweet on February 7, saying:

“Your marketing materials need to be updated immediately — as people seem to be reading this as some endorsement from me. I’m coming to speak my mind, which includes that BSV offers nothing for Wikipedia and that there is zero chance we would ever use it.”

The tweet aroused mixed reactions in the entire crypto community as various commentators questioned Wale’s intention to attend this conference.

BSV had a major update

Recently, BSV performed a scheduled upgrade named Genesis on February 3. The upgrade resulted in a minor chain where to BSV versions exist at the time. Genesis changes most of the consensus rules for BSV to eliminate all remaining limitations.

According to a BitMEX Research report, the upgrade took place at about 8:30 PM EST or block-height 620,538.  The block size is now effectively unlimited. Instead of existing as hard-coded node software, the block size limit is now a significant parameter that miners can reduce manually. Thus, the general plan of this change appears to enable Bitcoin SV to try to handle an:

Wright was recently accused of confusing an ongoing trial proceeding, but that has not affected the BSV market price.