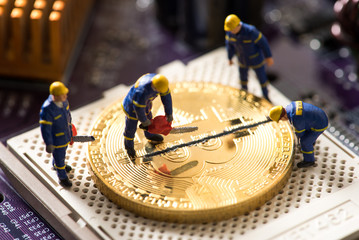 Throughout this year, all eyes in the crypto world will be focused on Bitcoin with the May 2020 halving approaching. Many expect that this event will result in a major surge in BTC price. However, some are convinced that the token is ready for a bull run even without considering the halving.

A new report asserts that BTC can deliver 100% returns to investors this year. The report further claims that it may soar exponentially in the five months until May when the block reward halving will take place. Market research firm Fundstrat Global Advisors are convinced that the halving is not yet ‘priced into’ the Bitcoin price.

This report is only available to the firm’s customers with the primary findings uploaded to Twitter by Tom Lee on January 10. An excerpt reads:

“For 2020, we see several positive convergences that enhance the use case and also the economic model for crypto and Bitcoin — thus, we believe Bitcoin and crypto total return should exceed that of 2019. In other words, we see a strong probability that Bitcoin gains >100% in 2020.”

The main factors that Lee and the others discovered focused on geopolitical tensions and the imminent United States presidential elections. Then, the halving will also factor in later. Fundstrat made this conclusion by reviewing the events of 2019 stating that BTC/USD hit its peak amid the tensions surrounding Facebook’s Libra digital currency.

Also, the negative comments made by President Donald Trump on Bitcoin made its price to surge.

Is It A Bull Catalyst or a ‘Non-event’?

According to previous reports, geopolitical factors are the primary basis for other commentators’ bullish Bitcoin price scenarios for 2020. In the case of halving, the pundits are somewhat less united. The co-founder at digital asset fund Morgan Creek Digital, Jason Williams, last month stated that May halving would prove to be a hyped ‘non-event’ for Bitcoin.

Williams seems to contradict fellow co-founder Anthony Pompliano who said in November 2019 that even when trading at $8,750, Bitcoin was yet to have its halving event priced in.